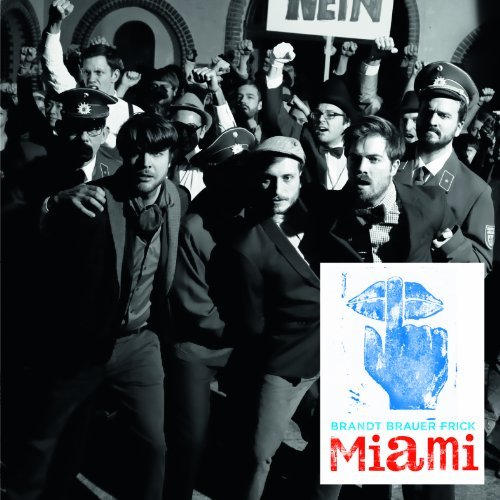 Miami is diverse and bewildering, half opera house formality half dionysian freak out.»

The German trio's third full-length shows them continuing to tweak their unconventional sound and approach. "Mr Machine especially was very planned and strict," says bandmember Paul Frick. "We wanted to be more spontaneous this time. We wanted to do something very different, more dark and more rough. We wanted to write songs rather than tracks that slowly evolve." The lineup has changed too: this time they've dropped the 11-person ensemble and enlisted a cast of guest artists, including Nina Kraviz, Jamie Lidell and former Einsturzende Neubauten member Gudrun Gut. Om'mas Keith, a Grammy-nominated producer who's done work for Frank Ocean and Jay-Z among others, also makes an appearance. The Vinyl set is a double plus CD version.
description from www.roughtrade.com