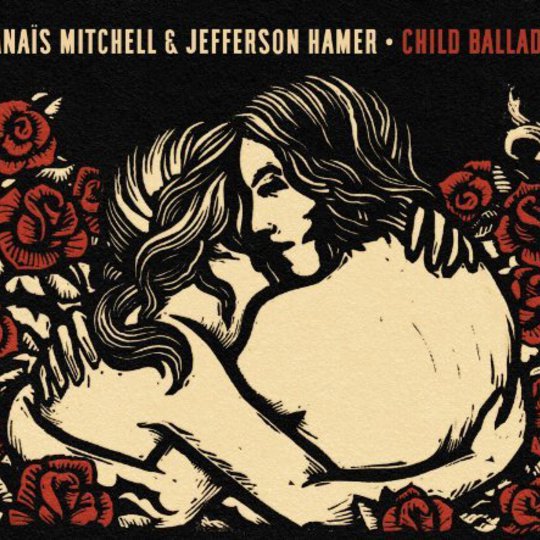 It was hard to imagine how Anaïs Mitchell could credibly move on from a record as sprawling, ambitious and involving as her folk opera fourth set Hadestown. But the brilliant Young Man In America was about as fine a follow up as you could imagine – continuing to develop Mitchell’s razor sharp ear for texture and arrangements across the top of a suite of more traditional pieces of exquisite song writing.

One year on, a surface reading of Child Ballads seems like it could be the first example of Mitchell’s hitherto perpetually-expanding balloon deflating ever so slightly: a collection of much-covered Celtic ballads, performed largely solo-acoustically with little other than the accompanying voice of long-time collaborator Jefferson Hamer. The material is a perfect fit for Mitchell, of course, whose reverence for mythology is self-evident, but it would appear to be a certain scale back in ambition, at least taken at face value. And it’s more a hyperbolic endorsement of Mitchell’s recent form, than a serious criticism of Child Ballads, that such a gorgeous collection of Celtic folk laced with such close harmony can be considered faintly pedestrian in comparison.

Anyone who’s seen Mitchell perform a set with the sole accompaniment of Hamer’s backing vocal and slide guitar knows that her voice and song writing is plenty mesmeric enough for a studio-recorded return to modest arrangements. And indeed, there’s probably plenty of Mitchell followers who are actively hoping to hear another Hymns For The Exiled-style LP, the skeletal, solo-acoustic textures of which accentuate the character of her voice and the strength of her musicianship without distraction. But opinion is likely to be divided on whether or not Child Ballads successfully satisfies these desires. As rich and enchanting as the source material undeniably is, the winding songs of Child Ballads ultimately get locked into an unfortunate paradox: the magic of the narratives require a focussed and concentrated listen, but the sparse arrangements and repetitive melodies don’t invite the ear in nearly as closely as Mitchell’s recent LPs.

It’s worth reiterating that any shadow falling across Child Ballads is cast by the towering peaks of Mitchell’s last two records. This album is a gorgeously performed incarnation of the material, with the thin arrangements of guitars and the occasional, subtle fiddle being exactly the right vehicle with which to showcase the mature harmonies of the duo, and the haunting narratives of the songs. But there’s a sense of Mitchell having opened her own Pandora’s Box at this point in her career – that a release like Child Ballads will always be tainted with a sense of regression once you’ve successfully executed something as staggering as Hadestown, or as confident as Young Man In America.

As a love letter to swirling mythology and the centuries old folk tradition from which she emerges, Child Ballads is gorgeous, beguiling and enrapturing. But when Mitchell’s own material so singularly blends ancient mythology with contemporary landscapes alongside high-reaching sonic ambition, it’s almost impossible not to continue yearning for her next original collection.