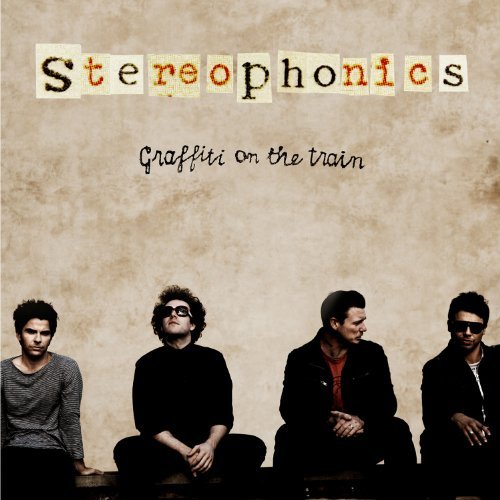 Stereophonics - Graffiti on the Train

There's a new-found classiness, but not like a wine bar refurb of their festival-friendly drinking anthems of yore.»

Amongst the finest of classic British songwriters, Stereophonics return with 'Graffiti on the Train'; their eighth studio album, out on their own Stylus Records. Written by Kelly Jones and produced by Kelly Jones and Jim Lowe it's the final piece in the puzzle for a newly refined and cinematic Stereophonics, a band who have already had the Sunday Times Culture calling this album their "least conventional yet", praising its "newfound lightness of touch." The album also sees the band collaborate with David Arnold who arranged strings on several tracks.
description from www.roughtrade.com