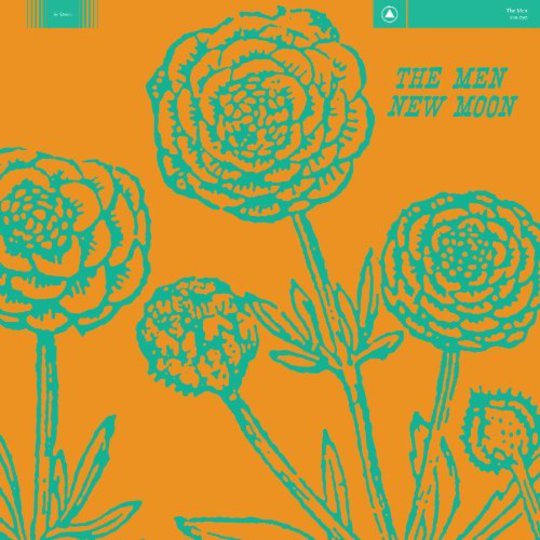 Curse you the Nineties! For all the numerous joys you bestowed upon the world (Mario Kart 64, Space Jam, The Rock), your lo-fi legacy can be a complete ballache from time. Somehow a generation of bands has grown up believing it’s their moral duty to record every passing chord structure in a studio that boasts the sound quality of a Soviet oil tanker’s cargo hold. What’s good enough for Guided By Voices...

This all brings us onto The Men’s latest album, New Moon. An infuriating collection of songs, its complete disregard towards any sort of structure or cohesion is so overpowering, you’ll be baffled how the Brooklyn-based five piece cobbled their fourth record together at all. As with last year’s Open Your Heart, a multitude of influences and genres are ticked off, although that ‘Thurston Moore & the E Street Band’ tag still rings true. This tendency was previously forgivable because songs like ‘Turn It Around’ and ‘Country Song’ seemed indicative of a thrilling transformation.

Exactly 12 months on, kicking off your album with a wistful, tickling of the ivories (‘Open The Doors’) before whirling into grandiose guitar-driven regret (‘Half Angel Half Light’) rubs off as indecisive; experimentation works best when you properly commit to it. New Moon’s stuttering sequencing doesn’t help either as it judders forward without any discernible rhythm for at least six tracks. Typical of this jarring forward motion is when ‘The Brass’ and its breakneck punk theatrics immediately follow the slow-burning instrumental ‘High and Lonesome’.

If you’ve ever wondered what an abridged version of Double Nickels on the Dime would sound like, here’s your opportunity to discover how D.Boon and Mike Watt averted disaster. In the absence an extended running time, there’s no context for any track to make a lasting impression. You’ll end up steadying yourself in the maelstrom until its closing eight-minutes-long garage rock freak out (‘Supermoon’) finally subsides into silence.

Given we’re talking about The Men’s fourth record in as many years, this kind of burnout is almost to be expected. They’re hardly The Beatles or even Sebadoh. With some clear-minded editing, a workable pair of EPs could have been forged from New Moon. As it is, the cumulative effect of lumping so many competing ideas together is a mess. A frustratingly muddled mess.