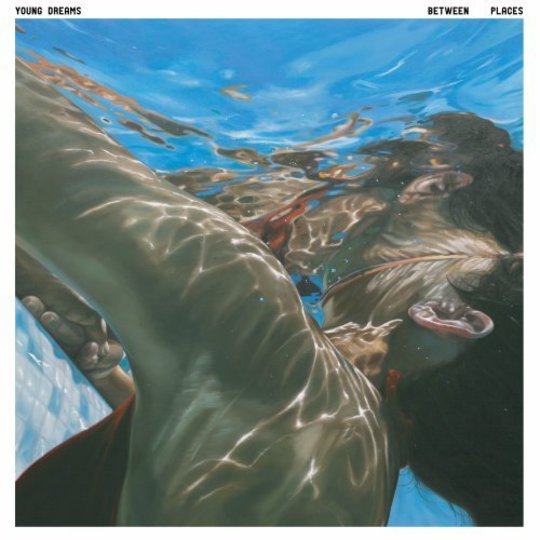 Fronted and led by Mathias Tellez, Bergen’s Young Dreams are an outfit that, at their best, compose music with a kaleidoscopic, Technicolor palette that flourishes with their obvious love of Brian Wilson. For the most part, though, debut album Between Places cuts and pastes a series of well meaning but unengaging pop vignettes.

It starts magnificently, ‘Footprints’ spirals and turns through the synthetic power drums of the Beach Boys’ ‘Love You’, those Seventies sounds repurposed with all the sweet intent maintained and embellished further with even bigger theatrics. When Tellez sings “I know that you will understand/The waves will erase my footprints in the sand”, over a string section that’s part ‘Pet Sounds’ and part Cats it sends your ears to an interplanetary beach.

There’s a restlessness in this that may have come from the scat and jive influences that bands such as the Animal Collective and Vampire Weekend have incorporated into their sounds with lots of rubbery flitting between segments and influences. Young Dreams attempt this with a fuller sound and it’s their undoing.

The third track, ‘Fog Of War’ cascades and rolls between chamber pop and Euro dance, but only two tracks after the opener it’s already applied too many of the same techniques to the same sounds. The result is that it all sounds the same. It removes the initial excitement of track one, you realise the first direct hit could have been any of the following songs. The Young Dreams formula thrills, but only once.

If each chorus was truly inspired you’d tolerate the twiddling, but the likes of ‘First Days Of Something’ comprehensively fails to hook you in with its pleasant pleading. Similarly 'When Kisses Are Salty’ has a verse that shares an encouraging sense of ‘Caroline No’ but the chorus softens to a paste of beige conceit. As the chorus is followed by more vocal harmonies any chance of prolonged interest is zapped away, another sub section of a sub section has rolled by.