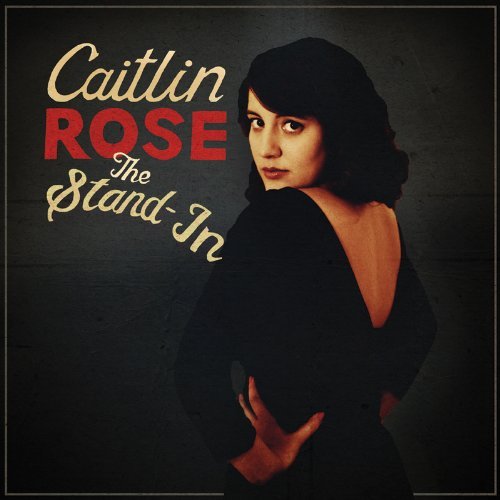 it's a wonderful document of those first moments where singer and producers start the process of what would ultimately become caitlin's new album 'the stand-in'. these songs are at their rawest and most delicate - each with its own piece of magic. no overdubs or EQing. if you fell in love with nashville's caitlin rose and her garlanded 2010 debut album, 'own side now', you were in good company. led by her golden nectar voice, an irrepressible personality matched with a gift for emotionally direct songwriting, and deliciously melodic country sounds, caitlin rose beguiled and flat-out, jaw-droppingly impressed wherever she turned. the outpouring of acclaim caitlin rose generated with her debut is about to become a deluge. 'the stand-in' is caitlin rose unabashedly stating her case for being at the very forefront of the burgeoning 'new nashville'. her progression as an artist is palpable from the outset, and rose herself concurs. "i have a tendency to work small so this album is like my first attempt at a high kick," from the barnstorming opener 'no one to call' - caitlin's ode to fm radio-the ambition shines through the swinging soul review of 'waitin' or the sky-high triumph of 'only a clown' are coming to a radio near you soon! the swoonsome 'pink champagne' and the delightful pop of 'golden boy' and 'silver sings' sit proudly next to the country soul classic 'when i'm gone' and the stunning 'everywhere i go'. the album finishes with 'menagerie' with its byrds like intro and the rag time splender that is 'old numbers'. 'the stand-in' is bold and sassy in all the right places and with the wit and voice of this young nashvillian.. 'the stand-in' is bonefide stand out!
description from www.roughtrade.com