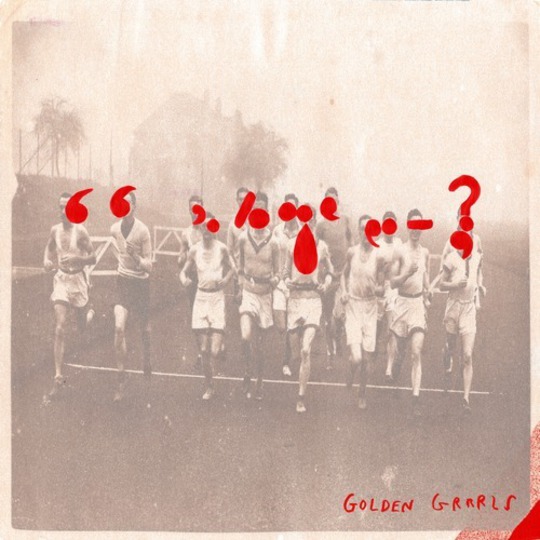 It wouldn't be unfair to assume that a band named Golden Grrrls is likely to have been influenced by the likes of Bikini Kill, Huggy Bear and Bratmobile. Indeed, many would take such an association as a compliment rather than stereotypical assumption, and while to my knowledge no one here at Drowned In Sound has specifically sought any of Golden Grrrls' views on such a claim, we'll use our powers of instinctive deduction to decree riot grrrl's influence on the band's existence at some point.

Nevertheless, it would also be churlish to simply pinpoint a band's name and align it with a particular style or genre of music. Not to mention doing Golden Grrrls an entirely unfair disservice as the name doesn't even tell half the story.

In fact they're inspired by a plethora of artists from the classic Flying Nun groups like The Clean and The Chills through to off kilter combos such as The Feelies with a dash of fanzine-inspired indie pop from the Sarah Records back catalogue for good measure. Sure, it's not exactly the most unique lineage, but when it's done as well as a good two-thirds of this LP such gripes are minor at best.

Having been part of London's DIY lo-fi scene for some time now - those of you that ventured to last year's Indietracks festival may have caught them making a fine old racket on the indoor stage - the three piece of Eilidh Rodgers, Ruary MacLean and Rachel Aggs have conjured up an album that sets its stall out from the first chord. Opener 'New Pop' veers towards the ramshackle side of punk, except with choruses and boy-girl harmonies to die for. Similarly the janglier strains of 'Paul Simon' sounds like a lost Pastels demo, its summery vibe the perfect antidote to February's wind, rain and snow.

Delve even deeper into Golden Grrrls and you'll find a more refined, introspective side too. 'Past Tense' could be a desolate ode to a past relationship ("You can't measure time...") while 'Think Of The Ways' ventures into dreamier pastures. However, most of Golden Grrrls follows a similar formula which can become a little repetitive and tiresome by the time 'We've Got' brings the album to a close.

Saying that, we'd still advise perseverance to the end, if only for the penultimate 'Date It', which sees Rodgers and MacLean swap guises with Prolapse pair Linda Steelyard and Mick Derrick via The Primitives' Tracy Cattell and Paul Court (in a parallel universe, of course) for the album's bitingly inventive highlight.

By no means reinventing the wheel then, but not about to carelessly buckle it either.