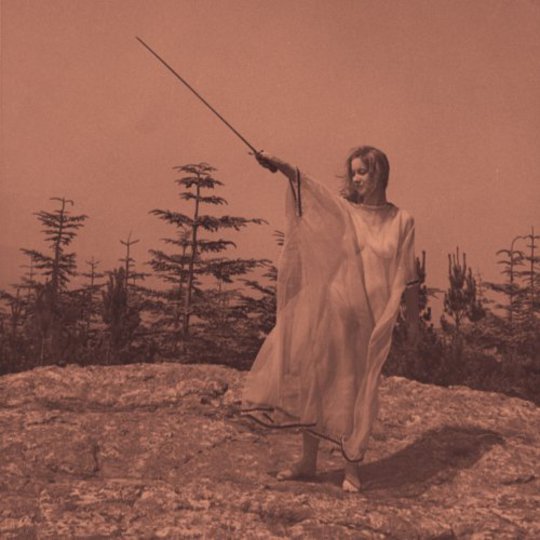 Was Ruban Neilson this fucked up on Unknown Mortal Orchestra’s debut? Were we just not paying attention?

On II, whose opening tune outlines with roundabout gawkiness a desire to blast one’s brain from its mortal stirrups, the cat is out the bag: “I’m so lonely but I can never quite reach the phone,” Neilson mourns on ‘From the Sun’, “I’ve gotta eat my popcorn all alone... Isolation can put a gun in your hand.” It’s a spiritually moribund introduction buoyed on lysergic fervour, emerging from the debut’s home-blend of soul, psychedelia and blue funk, but more indulgent, more attention-getting; more. ‘One at a Time’ likewise tackles self-imposed social segregation, erupting into wah-pedal splurges that exude enough thrumming kinetic energy to jumpstart Neilson’s docile synapses twice over.

Elsewhere the verse-chorus-verse songwriting gets familiar but never loses pace. Choruses don’t so much peak as recline into increasingly infectious passages. ‘Secret Xtians’ bathes in the sighing waters of prime-era George Harrison, arriving via the kind of Elliott Smith melodies that lit the sun-splashed coves of XO. Then there’s the rickety strut of lead single ‘Swim and Sleep (Like a Shark)’ with its gentle wish to “swim and sleep like a shark does”, a line whose childish syntax neatly decorates Neilson’s yen for emotional lobotomy. For a New Zealander who crossed the Pacific to prosper in Portland, Neilson has a remarkable grasp on the nature of stasis.

All this is delivered, refreshingly, without irony or self-awareness: UMO opt for nifty and direct lyrics that charm with morbid honesty while eschewing self-loathing. Beneath the isolation blues, II is buoyant and visceral enough to suffuse its existential cloud with a redemptive joie de vivre by way of the playful talent inherent in its creation. There’s admittedly a slightly emo-leaning disposition with which to grapple, but where less worthwhile self-pitying songwriters suppress an obvious want or need to be rescued, UMO instead explore the feeling of wanting (or needing) to be rescued. It’s an important distinction, and if we can’t make concessions for the latter (ie. those wishing to share without pretence the compulsive despair of needing [or wanting] to be in some way noticed and subsequently rescued) then perhaps our world has become a cooler, darker place than is realistically sustainable.

One valid criticism, if we must, concerns the record’s length - namely that there are seven minutes too much of it. While you accept a considerable faff quotient on vaguely hippy-minded psych-rock records, the persistently repititious structures indicate that Neilson enjoys his melodies a little more than you do. In terms of vulnerability, adrenaline-overdrive and frivolous riffing, however, II is firing on all cylinders. Stay happy, UMO.