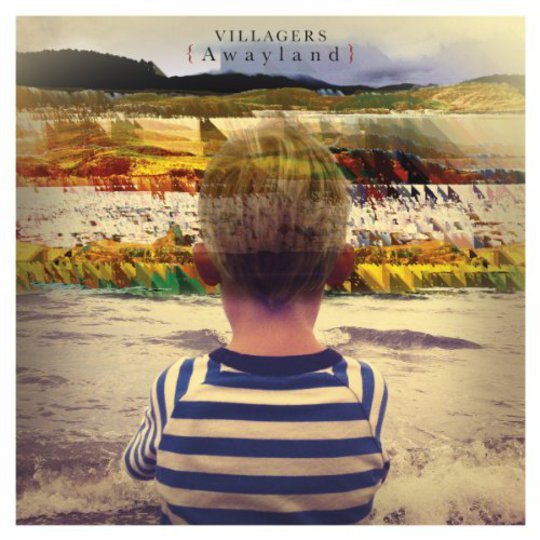 I’m not ashamed to admit that one of the movies I enjoyed the most in 2012 was The Expendables 2. It was a potpourri of numb entertainment: Rambo, John McLane, Rambo, Ivan Drago, Chuck Norris and Street Fighter; huge guns, huge explosions, huge quantities of blood and steroids and every other Eighties action film trope crammed into 103 minutes tightly enough that the risk of nuance, thought, liberalism or dialogue (grunts don’t count) is gleefully averted. It was essentially everything Skyfall would have been had it not been so po-faced and consequentially been as good as everyone said it was.

Surprisingly, this leads me to {awayland}, the follow-up to Villagers’ Mercury Prize-nominated, Ivor Novello-winning debut Becoming A Jackal. Frontman Conor O’Brien has in a way become a musical Stallone here, cramming every trick in the book from the past few years of indie music into one neat little package. The only difference – and it is admittedly quite a significant one – is that whilst The Expendables was a bad film and to be used solely as an excuse to revel in being stupid for a couple of hours, {awayland} uses its tropes wisely enough to transcend novelty and become something quite brilliant.

Following the success of Becoming A Jackal there’s inevitably an increased level of expectation around its successor, and as such any sign that the debut was a false dawn is set to be more pronounced. Opening track ‘My Lighthouse’ (disappointingly not a Pulp cover) with its pretty folksiness and cloyingly twee lyrics – he actually says “thee” and sounds like he probably has a beard and a stupid hat – suggests this might be the case but pleasingly turns out to be a misdirection in itself.

So {awayland} isn’t perfect, but the odd weaker moment can be forgiven because the band has taken risks here in throwing together combinations of every trend that fickle music fans and critics have taken five minutes to grow tired of over the past couple of years, and yet they pay off to stunning effect when they really shouldn’t. ‘Earthly Pleasures’ for example continues with the pretty acoustics but chops up the vocals and sets them to a percussive beat that creeps up on the listener from being implied at the start to a punkish fury by the end. ‘Nothing Arrived’ takes synthesised strings and creates a sense of euphoria without sliding over into anthemic sugariness (take note, Elbow). You have a throbbing bass that echoes all of Thom Yorke’s mates on ‘Passing a Message’, but on the album it’s placed apart from its natural mate, the electronic dubstep beat that opens ‘The Waves’.

‘The Waves’ is the strongest track on here and a strong early contender for song of the year. Its changes in mood are so dramatic and yet so natural they envelope you, crash around you and throw you into a sea of glorious tumult that suggests the title was chosen on the song’s aesthetic alone, but moreover it is emblematic of the album as a whole. The shifts from a ‘Packt Like Sardines in a Crushd Tin Box’ percussion and acoustic guitar to glorious swelling to droning-guitar-and-electronic-beeps stormier waters should jar, they shouldn’t work, and yet it’s no exaggeration to say that it’s perfect.

It’s also the starkest example of {awayland} giving greater prominence to the other musicians in the band and it’s when it does this that it is at its very best; it’s noticeable that the few missteps come when O’Brien’s bandmates are pushed further to the fringes: ‘Judgement Call’ is ironically ill-advised with an attempt at jangly electropop plodding wide of the target and lyrics such as “I don’t need to think for myself... this land is my land and the man in the sky has got my back” suggesting that the frontman is the slowest musician on Earth to make an oblique attack on the War on Terror. Far from falling under the weight of either expectation or ambition, {awayland} is a far more magnificent progression from Jackal than any of us could have hoped for.

Out of Touch in the Wild