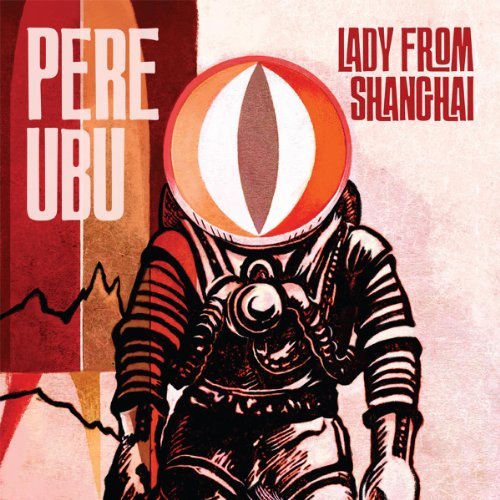 pere ubu return with their first new studio album for over three years in january 2013, the thirty-fifth anniversary of the group's debut (the modern dance). ). the album ushers in a new era in the history of pere ubu, with david thomas and band continuing to provoke and shock listeners, further establishing them as one of the most innovative, progressive and important bands of all time. lady from shanghai is an album of dance music - it is the ubu dance party. "the dancer is the puppet of the dance," says singer david thomas. "it's long past time somebody puts an end to this abomination. lady from shanghai has fixed the problem. "what is the problem? dance encourages the body to move without permission." an accompanying book 'chinese whispers: the making of lady from shanghai' will be launched around the same time, extensively exploring the ideas and methods behind the recording. the pere ubu project was supposed to be an end, not a beginning. assembled in august 1975 to be the crosby stills nash & young of the cleveland music underground, the plan was to record one, maybe two singles and exist no more. within months, however, those first self-produced records were being snapped up in london, paris, manchester, new york and minneapolis. pere ubu was changing the face of rock music. over the next 34 years they defined the art of cult; refined the voice of the outsider; and inspired the likes of joy division, pixies, husker du, henry rollins, rem, sisters of mercy, thomas dolby, bauhaus, julian cope and countless others. pere ubu make a music that is a disorienting mix of midwestern groove rock, "found" sound, analog synthesizers, falling-apart song structures and careening vocals.
description from www.roughtrade.com