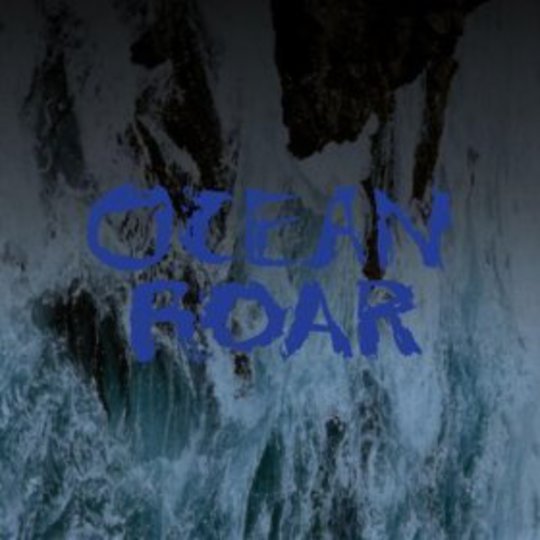 Phil Elverum is a **ing genius. This has been said before. Given the absence of his records from the end-of-year lists that have emerged thus far, the dearth of academic syllabuses dedicated to the interpretation and deconstruction of his oeuvre, and the distinct lack of massive stone statues constructed in his honour, it is a point worth reiterating.

There is not the space here to list every example in the ever-expanding body of evidence for this qualification of genius, but they include the following:

1) With Mount Eerie, Elverum has managed to take death metal, strip it of its laughable absurdity, harness its power, and combine it with his own lo-fi musical style in a manner that is as groundbreaking as it is breathtaking (best exemplified by 2009’s Wind’s Poem).

2) Reeling from a broken relationship and distressed by the reactionary neo-con politics of the Bush Jr. regime, Elverum self-exiled himself to a remote Norwegian cabin in the winter of 2002/3. His journal entries from this Scandinavian adventure, and the acoustic songs he wrote there, were reproduced in the book/CD set Dawn. In it, Phil spends most of his time alone, chopping wood, reading Tolstoy and obsessively ruminating over his break-up. In the hands of a lesser writer, this would be an intolerable exercise in tedious self-indulgence. It’s actually a sublime piece of writing on the human condition; Thoreau’s Walden for the Noughties. It asks questions about modern life and how we live it, about relationships and communication, about art and toil, about self-reflection and self-worth. Elverum does similar things in all of his work, in fact. Even if he doesn’t necessarily provide the answers, every extra little fragment of his output that you hear, read or absorb can help you feel that little bit closer to enlightenment.

3) His physical records are stunning works of art. If you fetishize album art or if you’re searching for justification for the continuation of the physical format, look no further than Elverum’s produce. Gorgeously glossy LP sleeves house carefully crafted lyric booklets adorned with beautiful landscape photographs. And if this polymathic plethora of talent wasn’t enough, or if black metal-inspired soundscapes and self-dissecting journals of hermitic migration seem too humourlessly po-faced, the gifted is also a pretty nifty amateur cartoonist.

This year saw Elverum bless us with two LPs, Clear Moon, released back in May, followed by September’s Ocean Roar.

The two records vary slightly in their mood and styles, though are clear companion pieces. From its outset, Clear Moon suggests a retreat from Wind’s Poem’s death metal approach. Opener ‘Through the Trees pt. 2’ is a gentle, acoustic number with Elverum’s delicate voice ruminating on nature, place, art, civilisation, “mountains and websites”.

‘The Place Lives’ and ‘The Place I Live’ showcase more of a doom-folk sound. The former’s suffocating drones, ominous keys and imposing cymbals virtually drown out the vocals. On the latter, as if summoned by Elverum’s sense of loneliness and insignificance (“If I look or if I don’t look / Clouds are always passing over / The place I live”) Allyson Foster’s ethereal voice floats by for company like a poltergeist Enya.

‘Over Dark Water’ and the title track are darkly fuzzing prayer-chants. ‘Clear Moon’ drags itself out for over seven minutes; dramatic cymbals splash around like waves while Disintegration-era Cure keyboards add to the sense of menace. ‘Yawning Sky’ has a warmer ambiance, though the lyrical themes are again Man’s frailty and mortality in the face of the all-powerful, infinite natural world.

Mother Nature is Elverum’s God(dess). A threatening and frightening, humbling-yet-comforting matriarch; it is she who remains his object of awed obsession (other than himself of course, as he reminds us at one point: “I meant all my songs not as a picture of the woods / but just to remind myself that I briefly live”). Over the course of the two records there are around 22 references the sky or the clouds, no less than ten mentions of fog, nine nods to trees, woods, or branches, and at least 28 references to rain, water, rivers, oceans, seas, whirlpools or waterfalls.

Ocean Roar’s opener ‘Pale Lights’ kicks straight into a rolling, roaring, Eerie-metal take on krautrock. At around the 2:30 mark, the instrumentation starts to fade down low. At 3:00 it becomes overdubbed by a softly-sung minimalist ballad. It’s as if one demo track has been accidentally taped over an entirely different song - but it works. “‘Who is there,’ I call / A small yelp from the wind / And then / More roaring”, whispers Phil, before the sound of the irrepressible tornado kicks back in. Towards the end, an organ bobs to the surface but subsequently submerges again. Are the voice and organ cameos supposed to symbolise the transience of life? You’re born, you live for a bit, make your small, temporary mark on a tiny part of the planet, and then disappear again. Human beings emerged, the species is here for the time being, but like the dinosaurs or the dodo it’s an inevitably fleeting appearance. The forces of nature keep on rolling, utterly indifferent to you, or to us, and our petty, pointless existences.

As implied by its title, the second record is the fiercer of the releases. The closing instrumental also sees Elverum combining his metal palette with the style of krautrock - this time more specifically the lively meandering of Faust’s track ‘Krautrock’. In between, there is a face-meltingly savage Popol Vuh cover and the drone metal of ‘Waves’ but also the title track and ‘I Walked Home Beholding’ which are softer and possessed with something approaching sanguinity. The former starts with an engine wheezing like a depressed Herbie. The lyrics mention “we”. For once, he is not alone (even if still distracted by the waves and the sky and the hills and the trees). On the latter, over an amiable organ and friendly finger-clicks, Phil casts himself as a solitary walker, journeying by foot from studio to home, philosophising at the same time. He sees clouds, water, snow, but also “people slowly living all their lives” and becomes finally “at peace with the meaninglessness of living”. A positive note, relatively speaking.

If all this sounds too overwhelming, or if the digital age has warped your mind the extent that your attention span now resembles that of a fidgety goldfish, Elverum has just released the Clear Moon/Ocean Roar Condensed Versions 7-inch: