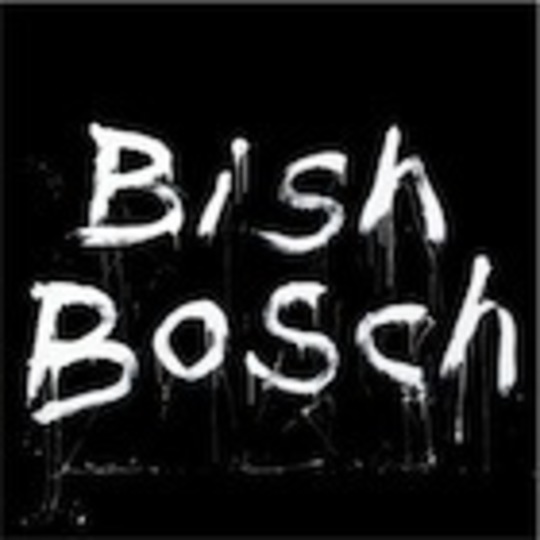 "If you're listening to this you must have survived" declares Scott Walker towards the end of 'Dimple', the sixth of the nine pieces that make up Bish Bosch. He may have a point. By this time, the sound of a jammed CD, fairground rides, sharpened knives and even what appears to be someone repeatedly breaking wind will have passed through the speakers over the fifty minutes and thirty-two seconds that precede 'Dimple'. Perhaps even more harrowing is the fact there's still another twenty-three minutes of this aural endurance test to go.

Earlier this week on these very pages, a debate raged surrounding the merits or lack of regarding Bish Bosch. Those arguing in favour seemed to be of the opinion that anyone not fully au fait with the concept of Bish Bosch didn't quite understand "challenging music." Now excuse me for a minute, but since when did listening to music become a challenge? For me, listening to music should be a pleasurable experience, something to savour and enjoy. A leisurely pursuit. Inspiring even. That's not to say it should be lacking in spark, or vigour, or originality either, but a challenge? No thanks. If I want a challenge I'll cycle down the A52 blindfolded. Or attempt to climb a mountain. Build a house, even.

Before the self-anointed art police get all hot and flustered, let's talk about "difficult" albums that shy away from expectation. Anyone that's heard 20 Jazz Funk Greats by Throbbing Gristle or Feeling The Space by Yoko Ono for example might know what I'm talking about. Even something as gravity-defying as Nine Inch Nails' The Downward Spiral falls into this category too, along with the abstract rhythms of Photek (Modus Operandi is still one of the great dance records of all time!). Sadly folks, Bish Bosch is just a step too far. It's Metal Machine Music for the sake of it - an ungainly exercise in creating something nonsensical because one can (which is a real privilege in the current economic climate of the record biz...). One question I would put to any of those sticking up for "challenging music": Would you honestly listen to repeat plays of this record? Or even get from start to finish in one sitting? Because if the answer is "Yes", then maybe the sound of a pneumatic drill ripping through concrete is a more comforting one for your palette than anything resembling music (Isn't that almost exactly how you once described A Place to Bury Strangers gig, Dom? - Art-Police Ed).

Let's not forget once upon a time this was the man responsible for such inspirational pieces as this and this, albeit with a little help in the writing department from Burt Bacharach and Hal David. Even, Tilt, arguably Walker's first venture into the world of avant garde (or anti-song depending how acerbic one wishes to be) was a bold, if entirely unexpected statement of intent highlighting its creator as a true musical chameleon. Bish Bosch's predecessor and Walker's last collection of original material The Drift maybe offered a hint at where he was heading next, i.e. as far away from the concept of discernible tune as possible. Certainly the metallic riffs which characterized the majority of that record can be heard emphatically on the likes of 'Corps De Blah' and 'SDSS14+13B (Zercon, A Flagpole Sitter). That the two aforementioned tracks take up over half an hour and half of Bish Bosch in their own right probably exemplifies why this record is something of an "acquired" taste.

I really had high hopes when sticking my hand up to review this, and thankfully there are parts of Bish Bosch that at least create a modicum of humour, most notably in Walker's lyrics. "Here's to a lousy life" which he opines at the conclusion of 'Phrasing'. Earlier, Mr Walker advised us "Pain is not allowed!", its abstract percussion-led musing, ranking it to these ears as one of Bish Bosch's most listenable pieces. Meanwhile, on 'Epizootics!', which falls just eighteen seconds short of the ten minutes mark, Walker professes to accidently kicking someone in the bollocks among other copiously impetuous asides ranging from the delectable to just plain daft. Elsewhere, the knife sharpening rears its ahead once more on 'Tar', where a chorus of buzzing wasps also act as a musical backdrop of sorts at one point. By the time 'Pilgrim''s two-and-a-half minute mantra and the frankly bizarre 'The Day The Conducator Died (An Xmas Song)' bring Bish Bosch to a welcome conclusion, we're none the wiser in trying to fathom what was going through Scott Walker's mind whilst creating Bish Bosch.

So, yes, from the perspective of this listener: Bish Bosch is certainly a challenge. Uncompromising, pretentious and ultimately unlistenable. If this is meant to be the third and final instalment of Walker's experimental phase, let's hope he returns to what he does best with his next project. As a result, it would be impossible for me to award this record with any kind of customary mark out of ten (perhaps an indecipherable squiggle would be apt?) because it quite simply doesn't bare comparison to anything these ears have been subjected to past, present or otherwise (and I own at least three Whitehouse albums). However, what is for certain is that Bish Bosch won't be featuring in my end-of-year "Best Of" list.