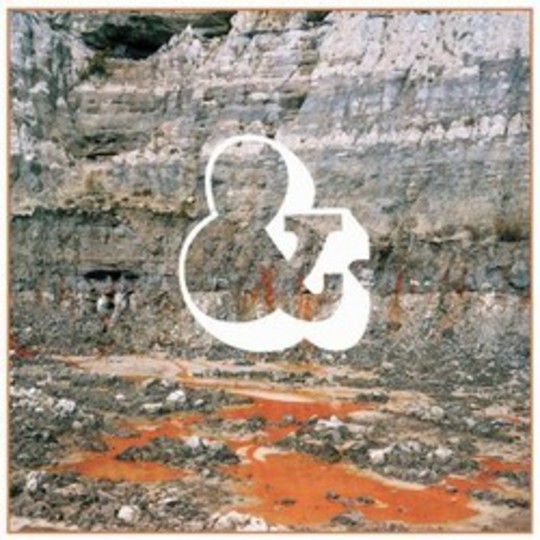 I_Am_Ampersand is the side project of Matt Hainsby, bassist in Brighton electro quirks Fujiya & Miyagi, (he’s the “&”, hence the underscore-tastic name of this project, which reads like it should be followed by '.jpg') his solo debut takes the hints of mesmeric psychedelia from his main band and translates them from wonky electronics to acoustic guitars and an array of percussion that sounds like it was found in a primary school music room or a potting shed. The resulting record is a rather lovely mix of Syd Barrett, late-period Beatles/George Harrison and the Beta Band that rarely soars, but is never less than charming.

Grave Goods comes out of the traps rather strong. ‘Lights and Radios’ is everything that works about this record, a catchy bass-lead folkie with bags of character and wit to spare and “I am in the dole drums, feeling all fingers and thumbs” is as good an opening line as you’ll find anywhere. It’s a sad little story about the fusebox blowing (illustrated with a nice zapping sound) leading to “no lights and no radio”, across a percussive bed that sounds like it was assembled from empty paint cans, jam jars and an upturned biscuit barrell. ‘Under the Microscope’ is equal to it, driven along by hand claps and folky finger picking that brings to mind a sort of playgroup Beta Band. It’s fine stuff, while ‘20 Seas 4 Oceans’ is the best acoustic pop song utilising the riff from ‘Spirit in the Sky’ and themed around a disillusioned merman you’ll hear this year.

Hainsby is clearly a talent - his lyrics are a constant delight, and his themes are always suitably oddball which he matches with musical backdrops that are full of quirky character. There’s a clear debt to Brian Eno in the soundscapes he builds up, particularly on the instrumental suitably titled ‘Eko’, yet perhaps in direct reaction to the bleepy-bloopy Hot-Chipisms of his day job, these are psychedelic soundscapes constructed from mostly acoustic instruments and percussion, lending the record a lovely, organic feel, best represented on the nursery rhymeish mandolin waltz of ‘The Last Thing On Your Mind’.

If there’s a fault, it’s that after 20 minutes of quirky acoustic Syd Barrett-via-My-Sweet-Lordisms it does get a little old. There’s nothing wrong, per se, with ‘Holding the Negative Up To The Light’, or the cheerfully downbeat ‘Stay’, but they have the misfortune to arrive on the record at the point where the trick is beginning to feel a little done-and-done. Only the hypnotic ‘I Thought I Was Alone’, or the choral effect of ‘Doom and Gloom’, which channels a little of Radiohead’s ‘Give Up The Ghost’ break ranks and vary the tone, and very welcome they are.

That said, there’s plenty to enjoy here. Hainsby has created a swirling tapestry of shapes and colours that are at times genuinely delightful, and though it’s rarely groundbreaking there’s enough wit, charm and oddball atmosphere here to soften all but the hardest of hearts.