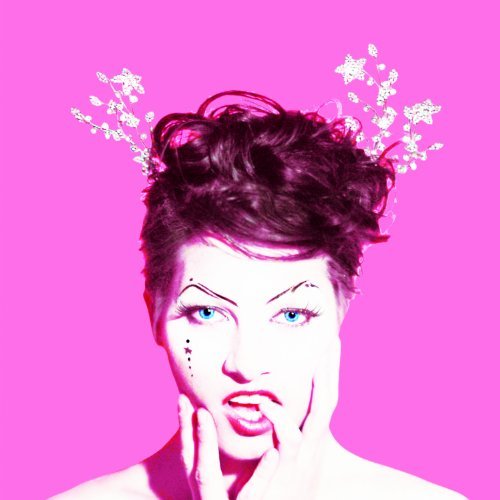 singer, songwriter, piano-slayer, and blogger amanda palmer releases her first studio album in four years, 'theatre is evil'. amanda and her band the grand
theft orchestra - featuring members michael mcquilken, chad raines, and jherek bischoff - recorded the album in melbourne with producer john congleton (st. vincent, murder by death, modest mouse, xiu xiu). arguably her most pop-influenced album yet, 'theatre is evil' showcases amanda's powerful vocals and talented songwriting in ways that may surprise even her most ardent fans. written over the course of several years (since the release of her last studio album, 'who killed amanda palmer'), the album offers a collection of sounds and rhythms heavily influenced by the music palmer grew up listening to - most notably 80s synth rock and brit pop. from the anthemic 'do it with a rockstar' and 'melody dean', to the mighty, horn-induced 'bop of massachusetts avenue', 'theatre is evil' is tauntingly playful. at the same time, a more somber, vulnerable amanda palmer pulls at our heart strings with ballads like 'trout heart replica', 'grown man cry', and the piece de resistance: 'the bed song', a somber, melancholy track that documents the slow deterioration of a long-term marriage.
description from www.roughtrade.com