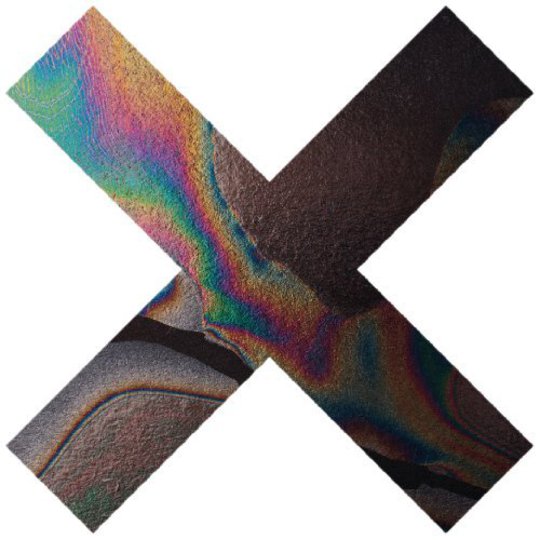 I was there, in 2009 when everyone was swooning-to-death over The xx. I was one of them, caught in the fleeting grip of the uncapturable, savouring the momentary luminescence. To me their debut burned with ephemerality. Each breath of each note coated with electricity, the twin voices of Oli and Romy spiralling in double-helixed coalescence. The album didn’t seem to arrive as a result of a 190-night tour of England’s cockroach venues, but neither did it seem to spring from time spent burrowed away in an expensive studio. Instead, it seemed to be the product of some grand geometrical aligment, some unrepeatable frisson that left a shimmering chiaroscuro X in its wake.

And then, I figured, like a lunar eclipse or a funny Chris Addison joke, the moment must pass, never to return. Except, turns out I was completely wrong. Turns out that their wonderful debut was merely the gateway drug, and it’s this, it’s Coexist that’s the stuff you really want. Intravenous and heavenly, this is the slow-absorption drug, the low-level hypnosis. I’ve tried to listen whilst attempting other tasks and it’s useless. It coils round you and pulls you to its depths.

But maybe, like hypnosis, you have to be suggestible to it in the first place. So perhaps some Uri Geller-style filtering is in order to usher the sceptics out the back-door. Just one question should do it really, here goes:

A) Did you like the first xx album? Y/N

If your answer is No, then there’s a (1/10) album review waiting for you out back. It’s just a bunch of songs that don’t go anywhere really, bit of sparse guitar and some token atmospherics, I mean have you heard the new Alt-J record?? (safety wink)

Otherwise, prepare yourself because Coexist is an intensely wind-torn and wounded album that cuts even deeper than its predecessor. The effortless fragility remains of course, that origami poise so embedded in the xx chromosome. So too do the male / female voices, circling each other like two swans on a still lake, neither quite daring to drop their guard. The quiet gravitas, the heavy words and weightless music, this is by no means a radical departure. Instead the band’s second album is analogous to the second series of an HBO box-set. You already know the set-up, you already know the characters, so just sit back and soak in the increasing magnitude of it all.

The clues are all in the artwork, really. Look closely at the iridescent oil-spill and you can hear the searchlight synths penetrating the mist in ’Try’, the golden liquid splashes of steel-drum ushering in ‘Reunion.’ Both of these songs reach out further than their debut, buoyed by Jamie xx’s increased confidence and musical awareness. There’s hints of Balam Acab and Mount Kimbie here, watercolour textures and rhythms that seem to lock-in to the ebbing pulse and cadences of the body. When it strips away, which it frequently does, hanging guitar notes dissipate into the night, desperate whispers fade into the numb void. And so often it is barely more than a whisper. And then you realise what even Clarkson realises, that the Testarossa’s growl is nowhere to be found in those nuts and bolts, that the magical essence of anything can never be obtained by boiling it down to its constituent parts.

It’s here then, that The xx achieve what all artists dream of, short-circuiting their brains to directly connect emotion with expression. Love and loss as synesthesia, a molten collage of sounds sparking and fizzing onto every second of every song. The timbre of Oli's voice alone is enough to invalidate any nearby pregnancy testers, but when combined with the soft arpeggiated pulse of 'Friction' or the thrumming deep-house beats of ‘Swept Away’, the effect seems almost physical.

Coexist then, is a breathtaking display of confidence from start to finish. I’m reminded of a David Byrne interview where he alludes to the mechanics of a pocket-watch when discussing his music. How you can observe each cog and spring both in isolation and interaction. The xx lay out all of their pieces beautifully. There are no extraneous parts. Not a second that they didn’t intend. As a result, songs like ‘Tides’ or ‘Chained’ unfold as naturally as a ripple of wind. And there’s the darker side too of course, as the catches in Romy’s throat portend, when your workings are so transparent, there’s precious few places to hide. "You move through the room / like breathing was easy /if someone believed me / they would be as in love with you as I am" comes the gut-punch in ‘Angels.’ It’s almost too perfect to bear.