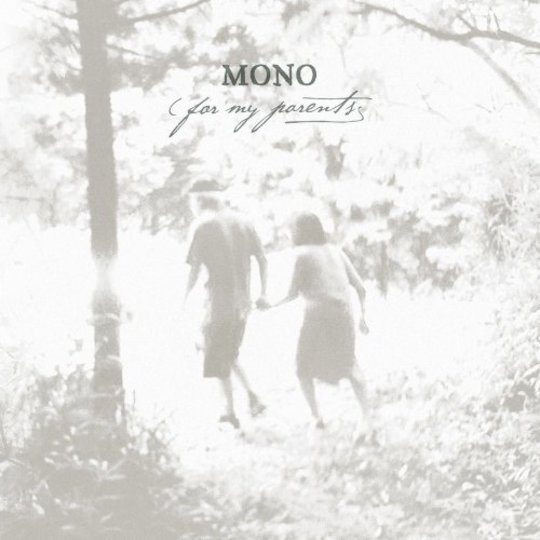 Before we begin, I'd like you to draw a 3" x 3" grid. Inside that grid, in each individual box, place a descriptive word or phrase that you'd associate with post rock. No doubles or repeaters. Towering. Epic. Soundscape. Beautiful. Melody. Classical. Instrumental. Soaring. Powerful. Subtle. Emotive. Wait! I can see a hand in the air, and someone just shouted out 'House' in this, our initial game of post rock review bingo. But that doesn't mean you can't carry on. Once you've finished this article, why not play again with any other post rock album review ever written? Because there are no words, no lyrics to create richer context, music writers quickly start describing how everything sounds. Luckily, that is kind of their job; less fortunate is that unless they've been genuinely inspired by the music to fully let go with their creative urges, they'll be dialling a cliché soon enough.

But they aren't the only ones who need to be on their game to make something worthwhile. Post rock at its best, by bands like Mono, has something about it that can elevate the everyday into the sublime. Wandering around the supermarket with headphones on at night becomes a deep excursion into the human psyche. Everyone is the star in the film of their life, with even the choice between two cereals turning into a scene of emotional tumult, as the cymbals crash at the climactic (HOUSE!) height of the song. But Post Rock at the other end of the scale is just terribly predictable, dull and derivative. Everyone knows what will happen in the build up, and everyone knows that somewhere in the world a room of men are perfecting another meaningful, deeply layered sonic masterwork that sounds just a little bit Explosions in the Mogwai.

On For My Parents, Mono continue to fiddle at the edges of a formula that has brought them success. Theirs is the middle ground, between the constraints of their sub-genre and modern classical, with a definite sense they are moving towards the latter. Songs like 'Unseen Harbour' are a showcase for Takaakira Goto's subtly emotive (HOUSE!) underplayed guitar lines. Single chiming notes, absolutely perfect in their execution, seem to drip from the speakers as though projected by a sinister ice-cream van. The album's opener, 'Legend' is a different story, more about the string section, 'soundtracky', but in the best way possible. 'A Quiet Place (Together We Go)' closes in a similar, slightly more bombastic fashion. Pleasingly, the press blurb mentions that they chose to record in a converted cathedral next to the Hudson river. Could any band record in a more earnest location?

Mono may not make many new fans with this release, but those they have will enjoy it fully. The band has progressed to a point where their work sounds unique, and now they'll continue to painstakingly develop every aspect of that work with each release. To the uninitiated, *For My Parents* will sound just like all those other records with the silly long song titles on them. To those who care about the small differences, it's another tremendously strong album from a career already littered with them.