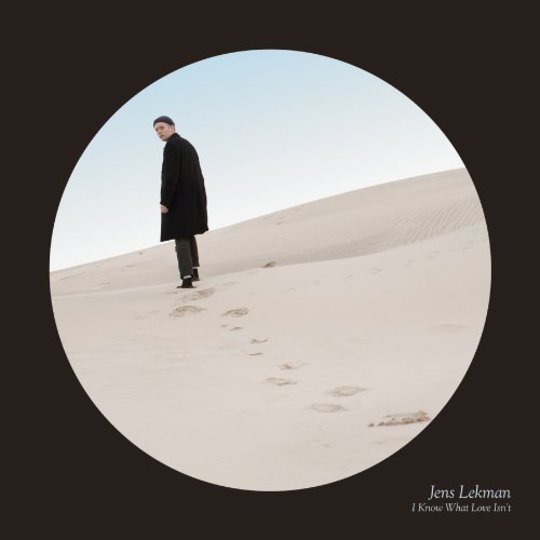 Perhaps, as DiS’s Sam Kinchin-Smith noted in his review of Jens Lekman’s An Argument With Myself EP last year, it’s true that 'it is EP-making that comes most naturally to Jens'. Even if you include this record, his ratio of EPS to albums remains at 13 to three. Personally I find it almost astounding when any artist makes two genuinely great records. In the case of Jens Lekman what’s most astounding about him having made two genuinely great records is that he has made only two long players, despite being such a prolific songwriter.

Perhaps it’s all part of the same mentality that sees him communicate with fans in regular short correspondences on a blog-like section of his official website called Smalltalk, musing openly on topics such as town planning and the arms trade amongst the usual touring stuff. This propensity towards the minute isn’t only reflected in the brevity of his most frequented release format, but is the essence of the music itself. It’s there in that fine eye for the small mundane details, the love of the minutiae of day-to-day life, work and relationships pierced with moments of absurdity, awkwardness or self-deprecating wit, that make him a unique songwriter capable of striking universal notes of joy/melancholy/humour/poignancy; his best songs hinge on these kind of details be it the misheard titular phrase of ‘Maple Leaves’, making out with a Nietzsche t-shirt clad lover in ‘Higher Power’ or the excruciating pretence of being a lesbian friend’s boyfriend to appease her parents on ‘A Postcard to Nina’.

Equally, over the course of time the music itself has become more densely layered reaching a peak of saccharine grandeur with Night Falls Over Kortedala opener ‘And I Remember Every Kiss’. On I Know What Love Isn’t, such bold moves are utterly unthinkable, with a deliberately economic approach to both arrangement and melody. Why so sober Jens? Well it’s a break up record of course, but despite his heart breaking Down Under in the land of gangly old Nick (Melbourne specifically), as far as break-up albums go I Know What Love Isn’t is pretty much the antithesis of The Boatman’s Call. Album closer, the acoustic ballad ‘Every Little Hair Knows Your Name’ details how he wrote songs post-break up, but stopped because “Every chord I struck was a miserable chord, like F minor eleven or E minor seven.”

The piano-led instrumental version of the same song doesn’t really make sense until you’ve heard the closer, but it does set the stage nicely for single ‘Erica America’. The classical guitar and Jens’ croon recall Sixties Scott Walker at his most stripped back, which is matter of arrangement rather than reverting to a more traditional singer-songwriter mode; I counted at least six instruments plus the gorgeous vocal harmonies provided by Melbourne singer Sophie Brous.

On first listen it’s a slightly samey affair, missing the lurches in style of its preceding album, but subtleties and nuances are revealed with each listen. With its breezy strumming and tinkling piano ‘Become Someone Else’s’ is deceptively sad, ostensibly about “hopeless young fool[s]” falling in love with his friend Jennifer, but the song slowly reveals Jens to be just like these suitors, so lonesome he admits “I’ll sleep on my arm until it becomes someone else’s” as his masterplan for company. The jaunty uptown pop of ‘Some Dandruff On Your Shoulder’ is a classic juxtaposition of happy melody and sad words, perfect for a song about feigning happiness in the face of romantic failure. In comparison ‘She Just Don’t Want to Be With You Anymore’ puts on a brave face, but the hangdog expression is betrayed by wailing slide guitar and the oddly affecting clunk of a drum machine, whereas ‘I Want a Pair of Cowboy Boots’ is another affecting slice of acoustic-spun tragi-comedy.

The song which comes closest to …Kortedala's busy arrangements is the bustling funk-lite ‘The World Moves On’, embellished with sax and flute interludes as Lekman, in storyteller mode, recounts Australian bush fires, getting off with a girl he’s just met, naming possums and ultimately getting his heart broken, with the chorus providing what is perhaps the entire album’s definitive statement : “You don’t get over a broken heart, you just learn to carry it gracefully”. However, that’s an honour which could equally belong to the titular refrain of the swoon-worthy ‘The End of the World Is Bigger Than Love’. The record remains consistent in tone and quality throughout.

Fans of Jens Lekman’s more bombastic tendencies may initially feel thrown by the newfound musical economy, but for a pop collagist like Jens Lekman it was always the force of personality that held it altogether. As typified by the joyous absurdity of its title track, I Know What Love Isn’t is a classy break-up record rather than just a classic one – reaffirming Jens Lekman as an inimitable talent, taking a great trope of pop music and making his most focussed album to date.