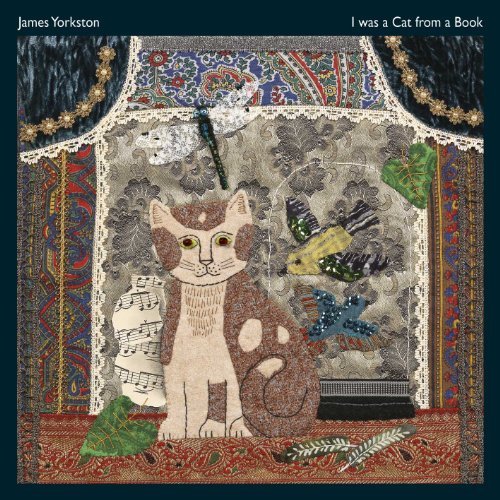 James Yorkston - I Was A Cat From A Book

I Was a Cat From A Book is discernibly a James Yorkston record, and full of what you’d expect from one, but there’s enough shading in the corners and drawing over the lines to add new sparks of interest.»

his first album since 2008's 'when the haar rolls in', 'i was a cat from a book' finds james playing with a new band comprised of members of lamb and the cinematic orchestra alongside old friends. the album was produced by james yorkston and dave wrench and mostly recorded live during 5 wintry days in bryn derwen studios, north wales. it's an album full of energy and great musicianship, and contains james' strongest and most bewildering set of songs yet. since the release of 'when the haar rolls in', james has published a book ('it's lovely to be here'), collaborated with the big eyes family players on folk songs and seen the 10 year anniversary release of 'moving up country', his landmark debut album.
description from www.roughtrade.com