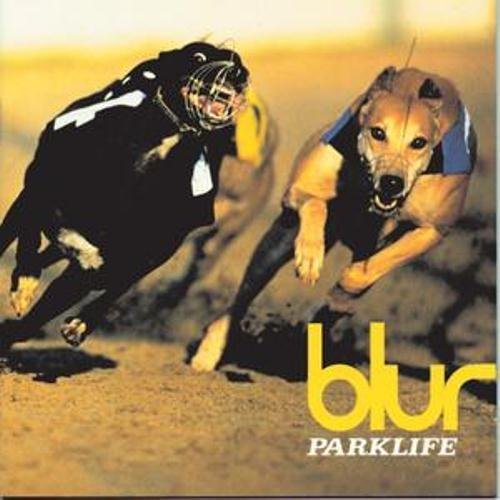 Although a few records came close from '93 to '97, Blur's Parklife this remains Britpop's touchstone and dangerously high watermark.»

to celebrate the 21st anniversary of their debut release, blur's break-through album 'parklife' has now been remastered from the original tapes by frank arkwright (the smiths, arcade fire, new order, joy division), with the remastering overseen by legendary original producer, stephen street. the first of five no 1 albums for the band, the four times platinum selling 'parklife' transformed blur into the biggest band in the country and the 'parklife' special edition certainly doesn't fall short of that status. the accompanying bonus disc begins by collecting together all b-sides from all formats of the 'girls and boys', 'to the end', 'parklife' and 'end of a century' singles, which contain - among many lesser-known blur tracks - a pet shop boys remix of 'girls and boys', a rendition of 'to the end' with damon singing in french, graham's take on 'country and western in red necks' and a rare appearance of a track written by alex on, 'alex's song'. also included are previously unreleased acoustic versions of 'jubilee' and 'parklife' recorded for a bbc radio 1 session in 1994 and the previously unreleased 'cadena 40 principales' acoustic version of 'end of a century', which featured on a spanish-only promo for the single. the 'parklife' special edition is housed in a deluxe lift-off lid box with four exclusive blur artwork postcards and an expanded booklet that includes previously unseen photos and liner notes based on a brand new interview with all the band members.
description from www.roughtrade.com