Love Is The Plan, The Plan Is Death 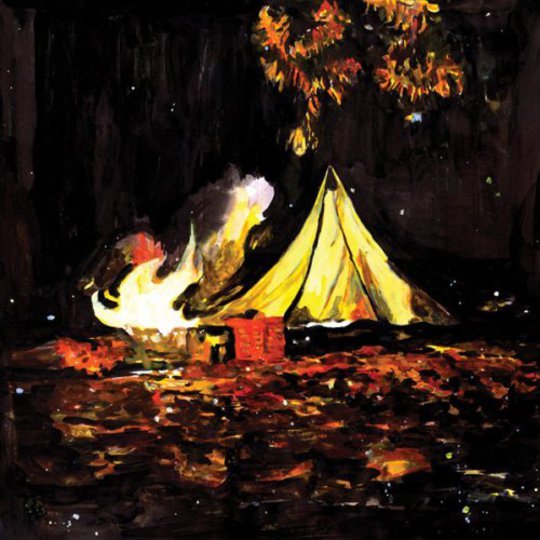 After Bert Jansch died last year, it was easy for fans of British guitar virtuosity to become despondent.

But plugging away quietly in the background to fill the gap is 30-year-old James Blackshaw - a prodigious musician who connects modern avant garde, the Robbie Bashto/John Fahey school of open-tuned, progressive guitar playing, and the Janschian tradition of British folk.

An unassuming character from Hastings who tweets about his achievements in the dragon-slaying computer game Skyrim, he'd be an unlikely holder of the title of Britain's most talented and original guitarist. But few others challenge him to that claim.

Blackshaw's work is mostly instrumental, comprised of gorgeous, orchestral and echo-drenched compositions played solo on an acoustic 12-string guitar - to wonderful effect on albums including Cloud of Unknowing and Litany of Echoes - with occasional bursts of piano and strings.

2011's challenging but compelling All is Falling was played mostly on an electric guitar and his new record Love is the Plan the Plan is Death (the title is borrowed from science fiction writer Alice B. Sheldon) provides a canvas for his work on a classical, nylon-stringed guitar for the first time, with occasional organs and xylophones peeping through the clouds.

As ever, it's a hypnotic, mesmerising mix of melodies - his right hand is a perpetual blur of sound, his disturbingly long fingernails plucking away with impossible speed and dexterity (it appears effortless up close live).

The eponymous album opener has the anthemic hallmarks of Blackshaw's best work, as it cycles through three bittersweet movements. The sound isn't as rich without the 12-string, but Blackshaw says he’s exhausted all the possibilities with that instrument. The effect is more authentically classical or Spanish-sounding than any of his previous work – he says he’s been listening to Brazilian guitarists recently, which figures.

‘Her Smoke Rose Up Forever’ is luscious with its Flamenco triplets and sunny optimism- this is the kind of thing TV producers will use for travel programmes, but in a good way.

‘And I Have Come Upon This By Place by Lost Ways’ is a big departure – the first vocal track in his canon, sung by Blackshaw’s friend Geneviève Beaulieu, accompanied by piano. It's not entirely effective. Someone like him playing the piano is like putting George Best in goal, while the song’s creepy lilting melody lacks the pizazz of the explosive guitar work elsewhere.

Could this be the start of a breakthrough from the outer reaches to a wider audience? Blackshaw in person is self-deprecating and witty - announcing portentously doom-laden song titles with a chuckle and a knowing grin. A recent show at Dalston's Cafe Oto saw him bantering with his parents and extended family in the audience. This record is perhaps the first to overtly showcase his claimed love of pop music and the Beatles. Like the Fab Four in their pomp, Blackshaw takes inspiration from minimalist, experimental composers like John Cage and Erik Satie.

But while this isn't a mainstream record, it's perhaps Blackshaw at his most accessible. He’s done better work, but this is a continuation in the career of one of the most compelling British musicians. What he does next will be worth looking out for.