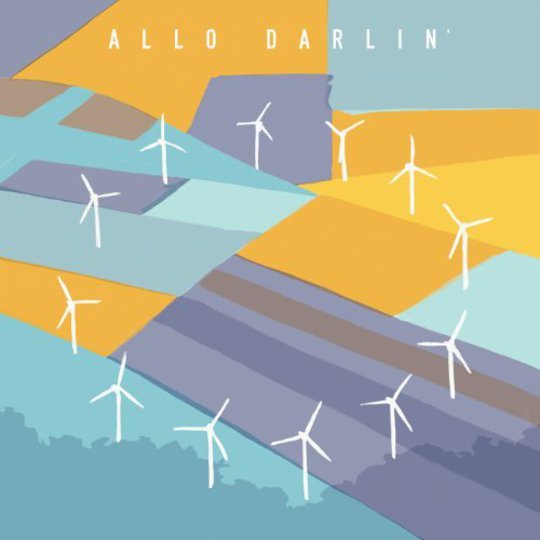 A lot of people might suspect that the traditional world of indie-pop – that is, boys writing about girls, set to lop-sided melodies and jangly guitars – is a extinct beast, killed off or at least fatally wounded by more modern musical trends. In fact, there’s a healthy community of like-minded souls still in existence across the UK, all putting their own spin on that formulaic set up. Allo Darlin’, with the uke-wielding Australian Elizabeth Morris as their leader, are one of the best examples of how a sound that could have seemed thin and dated is being given a welcome burst of energy.

Europe is Allo Darlin’ second album, following their self-titled 2010 debut which delivered a series of sweet sugar-rushes, unashamedly upbeat and straight to the point. While this meant that the record grabbed your attention pretty quickly, it could also felt a little fey and slight at some points – songs about which actor would play you in a film about your life and kissing at fairgrounds occasionally steered the album close to a Flight Of The Conchords-esque parody.

It’s a problem that doesn’t tend to rear its head on Europe, which isn’t as immediate as its predecessor, but benefits from taking longer to reveal its charms. That’s not to say that it’s a huge change in direction – there’s still a heartily-strummed ukulele pinning down most of these tracks, while the guitars flutter around on top – but Morris’s lyrics and her melodies are a little more detailed, adding some more weight to proceedings. Where on their debut songs headed straight in one directly, here they meander a little more, arriving at the same place but just taking a little longer to get there.

As an Australian based in London, Morris obviously has a traveller’s eye, and it gives a lot of her songs a naturally observant feel, with themes of journeys and distance cropping up often. She goes back to her roots on ‘Capricornia’, double-tracked vocals recalling Kirsty McColl as Morris wistfully remembers the area she grew up, while ‘My Sweet Friend’ closes the album with a reflective tribute to records themselves. It’s a bittersweet nature that’s essential to any music like this, and Allo Darlin’ seem to have captured it on Europe, with wisps of lap steel guitar and hazy harmonies used artfully throughout.

There are occasional lapses into what could be labelled twee territory – ‘Tallulah’ finds Morris talking about the time she "sent you a postcard from Berlin/Of a fat man eating a sausage" that is probably meant to sound charming but jars with its surroundings, but it’s rescued by a simple, beautiful chorus.

Musically, the rest of Allo Darlin’ tend to keep it simple, ensuring that Morris’s vocals stay centre stage, with occasional flourishes like ‘Wonderland’’s hypnotic guitar flow or the hazy Real Estate-esque opening to ‘The Letter’ threatening to steal any of the limelight.

It’s fair to say that Allo Darlin’ succeed by building a world in their songs that’s different to the one we see everyday – people still wear ties, buy records and send letters to their loved ones proclaiming deep and meaningful messages. Throughout Europe, they manage to make that sound like a pretty nice place to be, and also serve a timely reminder that there’s life in such a simple but effective style of music.