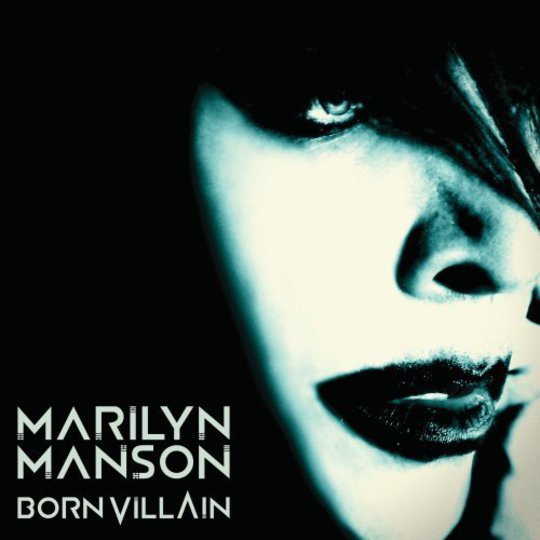 When Lana Del Rey was spotted taking an elevator to Marilyn Manson’s hotel room a few weeks ago, it was taken as a sign that the two were engaged in some kind of sordid sexual relationship. For many of us, there was something deeply troubling about the thought of that lanky, sin-and-death-obsessed, croak-voiced and fake-named weirdo corrupting poor Marilyn. If forced to choose the most controversial individual in that photograph of Lana Del Rey, Marilyn Manson, and Barry Manilow, how many of you would pick the harmless goth bloke in the middle?

Despite his success at satisfying America’s hunger for an anxiety-inducing hate figure in the years of relative tranquillity bookended by the collapse of Soviet Communism and the attacks of 9/11, Marilyn Manson has always been a deeply conservative character. When he emerged in the early Nineties the real target of his animosity was not the government or religion but the dominating grunge scene with its politically-correct, ethically-minded, leftist values and everyman, thrift store aesthetics which Manson believed to have robbed rock ‘n’ roll of all its fun and theatricality. He pined for a regression to a lost, golden age of the rock star - the Seventies and the Eighties - a time when heroes (Cooper, Bowie, Ozzy, Kiss) could be as outrageous, brash, and entertaining as they deserved to be without attracting the sarcastic scorn of plaid-clad cynics.

Manson has lived the American Dream. A white, heterosexual, middle class male whose hard work and unremitting self-belief elevated him to fame and fortune. To social outcasts he sold tunes berating the ‘Beautiful People’ before moving to Hollywood and dating a succession of them. He despises any attempts to limit his own personal autonomy and has little concern for others in his own pursuit of pleasure. He fires and replaces bandmates with equal regularity and less remorse than Mark E. Smith. An elitist super-egotist who can’t bear the crudity of the masses, he doesn’t like paying taxes, despises rap music and is offended by bad grammar. His watered-down Satanism is little more than Republican individualism and The Long Hard Road Out of Hell is Ayn Rand for people with pentagram thumb-rings.

Artistically, while Manson’s diverse but mutually complementing ‘triptych’ of Antichrist Superstar/Mechanical Animals/Holy Wood had ideas, angst, and ambition, his last few records have plodded along the same unprogressive path to increasingly diminishing returns like some kind of goth-rock Oasis. On yet another token comedy-metal cover version of an old pop hit (this time Carly Simon’s ‘You’re So Vain’) additional guitar is provided by Johnny Depp - who also lent his talent to Be Here Now’s forgettable ‘Fade In-Out’. Depp’s IMDB entry may be impressive, but his discography certainly needs some work.

Manson's first record since being dropped from Interscope, Born Villain is supposed to see him free from major label restrictions and back in creative control. Like the unrealistic promises of a presidential nominee, Born Villain has been described by the singer as “suicide death metal” and by his guitarist Twiggy Ramirez “our best work so far… a punk rock Mechanical Animals”. It is none of these things.

Lyrically, it covers all the habitual themes of death, drugs, sex, violence, sexy violence, rape, more rape, the Bible, unimaginative profanity, blood, dirt, spiders, and pathological self-obsession. ‘Slo-Mo-Tion’ is the musical highlight; backed by a pleasing bass-line, it has a cocky, glam-rock swagger that is curiously absent elsewhere. ‘Lay Down Your Goddamn Arms’ has a big, Soundgarden-y riff and opener ‘Hey, Cruel World’ has some helicopter noises. The rest is business as usual; derivative industrial metal with Manson alternating between talky-singing on the verses and croaky-shouting on the choruses over and over again for what feels like an eternity trapped not in Hell but in a very vanilla purgatory. By the thirteenth track, ‘Breaking the Same Old Ground’, Manson himself sounds torturously tired, weary, defeated and ready for retirement - less Born Villain than Bored Villain. It’s a rare moment where Manson manages to project some genuine emotion with which the audience can identify, and in a strange way it’s affecting. This record has been hailed by some as a return to form, but it’s every inch as pointless as his last couple of records and a contender for dullest album of the year. Like those other contentious reactionaries Margaret Thatcher and Ronald Reagan, Marilyn Manson is no longer a figure of hatred but a figure of pity.