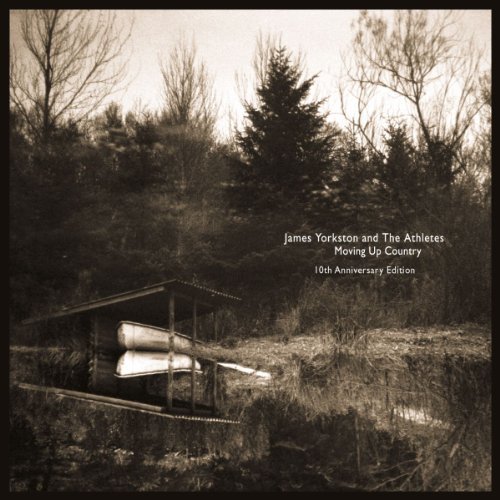 Moving Up Country deserves to be remembered as one of the noughties’ finest records, and with the help of these fascinating extra tracks, this reissue should see that become reality.»

james yorkston was the first member of the fence collective to emerge from the creative oddity that is the east neuk of fife. his first solo show was supporting bert jansch, his first tour was supporting john martyn. after those heady heights he went on to sign to domino and record his debut album in a damp soaked cottage in the scottish borders. domino subsequently released this record, 'moving up country', which went on to become rough trade's album of the year 2002. james was invited to play a john peel radio 1 session in 2003 (included here on the second disc) and was labelled 'the finest songwriter of his generation'. he has gone on to forge a career as one of scotland's most respected songwriters, releasing 5 further critically acclaimed albums.
this 10th anniversary edition of moving up country, consists of two discs. disc 1 features the original album, now with debut domino single 'the lang toun'; disc 2 is a collection of 'moving up country' demos, including never heard before demos and the aforementioned peel session originally broadcast on jan 2nd 2003.
description from www.roughtrade.com