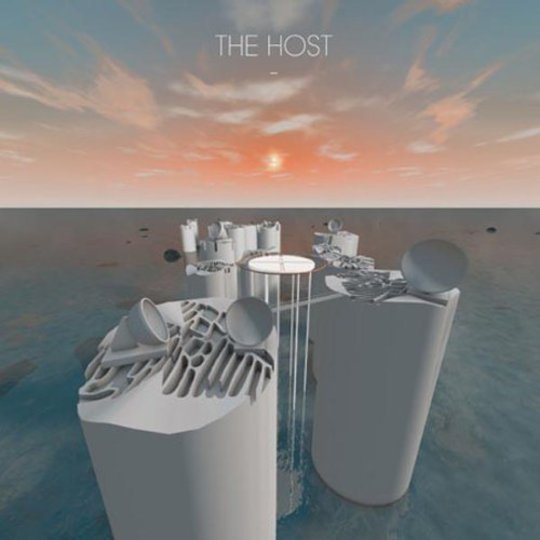 Barry Lynn has always had a ‘melting pot’ approach to making electronic music. Since his first release back in 2005, the Northern Irish producer has had considerable success skirting the borders of 2-step, dubstep and electronica under his Boxcutter moniker, but his greatest creations defy the genre boundaries, rather than offering up any sort of generic fare. Glyphic (2006), for instance - a favourite of mine - did something deep and original within the dubstep mould without using predicable LFOs and preposterously large snare drums. Glyphic's homage to dub reggae and garage were clear, but the way they were twisted together was refreshingly different, marking Lynn out as a unique new talent.

Fast forward to now and the story continues with The Host, Lynn’s newest project. Relics of dubstep and 2-step can still be heard but in the vein of last year’s The Dissolve, which took a tangent towards jazz and funk, this self-titled record draws inspiration from vintage electronic music and Chicago footwork. The result is a shape-shifting record that sometimes suffers from a lack of focus, but on the whole is delicately nuanced and without a doubt intentionally referential.

The Host kicks off with ‘Neo-Geocities’, the first of many track names that tip their heads to the early net age. The synth work is impressive, with layer on layer of medium distortion bolstered by racy, rough-round-the-edges drums. The sound quality has been intentionally degraded and effects best described as ‘enjoyably dated’ applied in liberal doses. This is true of most tracks on the album, giving it an atmosphere that is timeless by paradoxically feeling very firmly rooted in the past. Sure, it would sound odd in a club scenario, beat-matched with shiny ‘UK bass’ tracks, but these shimmering tracks have ‘bedroom listening’ written all over them.

The incredibly deep ‘Org’ with a scattershot beat and the obligatory pitched-up vocal hook is the records standout track, while ‘Second Life’ is a lesson in pure synthetic creativity. ‘Summer Solstice at Cape Canaveral’ keeps you hanging on before hitting a groove that is altogether more restrained than other moments, delayed arpeggios bouncing from left to right and back again. And ‘Tryptamine Sweep’ has that fidgety footwork beat that is so fetishised by around a third of the Planet Mu roster right now, but its energy and meandering melody are infectious.

Elsewhere, Lynn takes a break from high-octane drum programming. A number of these tracks are beatless, and it's where The Host comes a little unstuck. ‘Hidden Oncology’ is the first of these, which despite the copious amounts of automated effects still manages to come across as aimless and unvaried. Similarly, closing duo ‘Aeontology’ and ‘Birthday Bluebells’ are just nice and not much more. Some tracks seem to suffer from a lack of memorable melody, which is surprising given Lynn’s adept guitar and bass playing abilities.

This is a solid release with a solid identity that'll appeal to fans of Kuedo’s Severant and classic Vangelis alike. While it perhaps doesn’t achieve all it sets out to, it is regardless an intriguing, immersive combination of old and new.