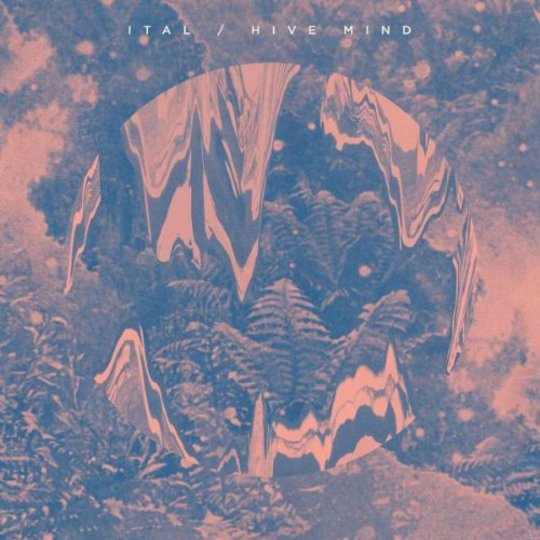 Of late, it seems that the retro stylings which have overshadowed so much of the past ten years’ musical output have blossomed uncontrollably into full-on idolatry. Artists have always drawn influence from what came before them and what was happening around them, but there’s something creepy about some of the newer strains of retronica that’s seeping out into the market: it’s like walking in to find your younger sister draped in your mother’s old clothes, gaudy lipstick and outrageous eye-liner daubed and smeared all over a pretty young face. Faded glamour and out of date glitz collide horrifically with the bright new hopes of new music. It does not, it has to be said, feel like a promising future: have we reached an innovation peak for music? Are we destined to a future of diminishing returns and ripoff artists? If the latest wave to sweep the underground, hypnogogia is anything to go by then music has never placed a greater significance on past glories (or more often, abject failures).

It’s into this context that the music of one Daniel Martin-McCormick, aka Sex Worker, aka one half of post-Black Eyes genre messtheticists Mi Ami, and here, aka Ital, finds himself wedged somewhat awkwardly. The name itself seems to hark back to the halcyon days of synth powered disco, a young Martin-McCormick(he wasn’t even out of school when Black Eyes disbanded in 2004) dressing his music up in clothes older than he can even have remembered. But whilst his music has the apparent unfortunate trappings of retro fetishism (and has brazenly been championed by the teeth-gnashingly irritating and increasingly ridiculous head honcho of 100% Silk, Amanda Brown as a ‘reinvention’ of dance music) Hive Mind, is still something of a doozy, all told.

My first contact with Ital was through a reworking of Martin-McCormick’s dayjob, Mi Ami, the latter project’s rough edges glossed over with warm, throbbing tropical sunsets of house. It was at once completely outdated in its sound and completely unexpectedly engaging. With Hive Mind, Martin-McCormick has moved beyond this kind of retronic shock and awe, yet the fallout definitely remains. To return to Brown for the briefest of seconds, she’s right in that this is a re-invention of dance music in one sense of the word, but what Ital does isn’t by any scope of the imagination new. Like other alum of the late Noughties noise/hypnagogic sprawl, his music is cannibalistic: from the obvious samples of Whitney Houston and Lady GaGa that crown the italo bassline of opener 'Doesn’t Matter If He Loves You', right through to the bubbling and burbling percussion of “First Wave” which sounds like the second wave of balearic house washing up on shore somewhere in a field in the home counties around 1992.

Yet anyone can use a sampler. What’s engaging about Hive Mind is the quality with which Martin-McCormick assembles his Frankenstein like creations: Hive Mind sounds neither lo-fi nor incoherent, positively shimmering and gleaming despite the fact it was built using a piece of freeware. There’s nothing of the fetishisation of lo-fi or retro, real or imagined, that has often characterised similar artists within the scene. 'Floridian Void' shimmers beautifully: ten minutes of washed out kosmische drone and inane burblings over a rolling, rumbling Vangelis bassline. It’s Emeralds gone four on the floor. Elsewhere. 'Israel' bumps and grinds with an arcane arrythmia not far removed from UK cult hero Actress, as McCormick-Smith splices ebbing, echoing shafts of fluctuating synthesiser into pumping kick drums and the occasional shattering snare.

In fact, Ital often feels like the evil twin to Darren Cunningham’s Actress moniker (read Rory Gibb’s excellent review of Cunningham’s chef d’oeuvre Splaszh here). Each, it has to be said, shows little respect for genre guidelines, and each is comfortable in constructing music from the most unlikely of sources. Equally, neither seems afraid to throw the odd curveball towards their listeners: Actress’ 'Purrple Splaszh' is oddly reminiscent of the groaning, twisted data meltdown of Hive Mind’s interlude piece 'Privacy Settings'. In contrast to Cunningham, who seems to be moving his cannibalised UK bass hybrid towards noisier, freer and less crowd friendly tones, McCormick-Smith is the noise artist shifting into more crowd friendly collage based dance music. Each artist clearly shows that there is fertile ground for development between their respective points of origin, and each avoids coming across as a musical rag and bone man when constructing their individual opuses.

There will certainly be criticism of Hive Mind: whatever Amanda Brown might think, this is certainly music which always has at least one foot in another genre’s grave. But every genre has its standouts, and what makes Hive Mind a little bit special is that it feels like a lot more than just the sum of its parts. It’s a record that could easily be broken down into a list of influences, of studio tricks and of genre trademarks, but to do that would undermine just how enjoyable and consuming it is. After multiple listens, the desire to rip apart Martin-McCormick’s stitched together freak is assuaged by a desire to submit to it and play it on repeat, to revel in its drive, energy and emotion. And, to cede somewhat to Amanda Brown, shouldn’t music be about just that?