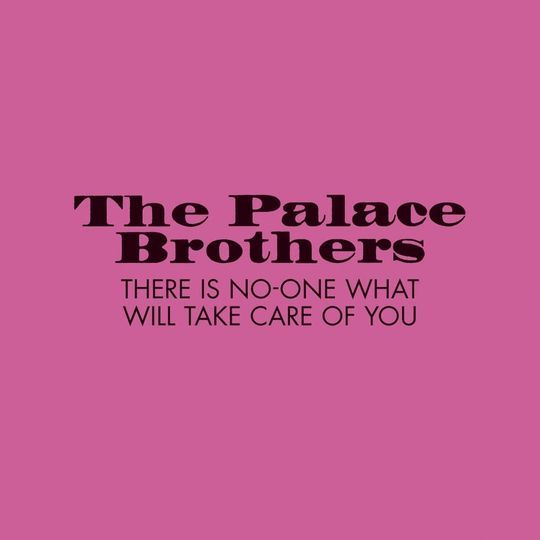 Palace, Palace Brothers, Palace Music and Palace Songs – the names Will Oldham, aka Bonnie 'Prince' Billy, used at the start of his career are somewhat incidental. It has been said that the whole Palace thing is a reference to a homestead in the Jon Steinbeck novel Cannery Row, but that should not be taken as gospel. There was after all, in the Eighties, a racehorse from Lexington, Kentucky named Palace Music and in this re-issued collection alone are the songs ‘Horses’, ‘Stable Will’ and ‘No More Workhorse’. So who really knows? Any notion that there is more to Palace than that one man should also be dismissed. OK, there might be the occasional yelp of a sibling or some unidentified human and other people certainly played other instruments but this is about one person.

This continued name-shifting, with little reason behind it, is indicative of Oldham’s wealth of personae, portrayal of varied characters and aesthetic moves from one album to the next. He is a master of the oblique – maybe aided by his days as an actor. That all said, the Palace name does at least do one thing, and that is tie together the significant era of the man, before he became Bonnie ‘Prince’ Billy.

Though now an of-sorts elder-statesman, it is difficult not to recognise Oldham’s age when these records were released. For the debut, There Is No One What Will Take Care Of You, he was just 23-years-old. By the time the last was released in 1997, he had reached the grand old age of 26. Yet, this is somehow all coincidental, as each collection transcends age and time – they are not identifiably a product of the Nineties, nor do they hark back shamelessly to the past, instead referencing and paying homage to the good, great and obscure on their way.

There is little escaping the religious themes in debut There Is No One What Will Take Care Of You as they protrude from the beginning and even before, with titles including ‘Idle Hands Are The Devil’s Playthings’, ‘I Tried To Stay Healthy For You’ and ‘O Lord Are You In Need?’ among the explicit references. If there is a more musically basic song than ‘I Was Drunk at the Pulpit’ it has yet to be made. An acoustic guitar's D-chord is almost all there is, yet a monologue of sin and redemption makes it one of the most fascinating songs and stories on the record.

So enigmatic is Oldham – especially at this juncture – that it is difficult to separate the characters he creates and real-life, and that is where the appeal in the unshrouded religious references lie, especially when looking backwards. The discordant and raw passages are frequent, high notes (and notes in general) are reached with some difficulty and the peripheral instrumentation is ramshackle. Pain and suffering are a huge part of There Is No One…, and the entire album has a feeling of a man down on his luck, using music as catharsis. (8/10)

In many ways there is something that jars when you consider that 1994’s Days In The Wake was the second Palace album – primarily because it is so stripped-back, raw and feels more like the beginning of the journey. It may also be the only record in which Oldham sounds remotely youthful.

Although you won't often find any explicit personal details in his lyrics, there maybe is something in the tear-jerking, fragile, closing masterpiece ‘I Am a Cinematographer’, with talk of leaving his hometown and everything he “leaned on”. It is the closing lyric which lingers longest, though, with the sullen assertion that “If you were alone / you can walk away from Louisville alone”. The rickety production and brevity gives the feeling of a collection of sketches yet Days In The Wake is so remarkable, especially in its bareness, in every sense of the word. (9/10)

The short EP (or mini-album as it is being labelled here) Hope is the only release under the Palace Songs name and appears to be little more than a footnote, with just five original tracks and a cover of Leonard Cohen’s ‘Winter Lady’. It is gentle, sedate and largely hushed. That said, it does include some of the most obscure and laugh-out-loud lyrics, found on ‘Untitled’ as he begins “Did you like the cake? / Some of it was nice / I have made a cake like that in my own home, once or twice”. Its inclusion in the reissues is not essential, but hearing Oldham do Cohen is a rare treat. (7/10)

Just one year on from Days In The Wake and under the moniker Palace Music, in Viva Last Blues the differences could barely be more stark and the approach more wholesome. For a start it sounds as though it was recorded in an actual studio, as opposed to a wooden-floored room or a shed. Some of that can be put down to Steve Albini, but Oldham’s powerful electric guise here is as satisfying as it ever was, and even more intriguing.

It is also the first time we see bombast frequently on display and ‘Work Hard/Play Hard’ sees a fair amount of bellowing and a substantial chorus. Now he hits the notes at will, as he does in opener ‘More Brother Rides’. The lyrical playfulness also shines through, and the immortally funny opening line to ‘The Mountain Low’ is worth noting. “If I could fuck a mountain,” he sings amongst a noodling guitar and gently-strummed acoustic guitar “Lord I would fuck a mountain / And I’d do it with a woman in the valley”. The contrast of vigour and sullenness makes for an utterly compelling ten tracks. (8/10)

A first and final Palace compilation (barring the polished, country blues outing in Sings Greatest Palace Music), it is no surprise that Lost Blues And Other Songs represents the most varied record of the era and collection. It lurches from sanguine to abrasive and by many others on the way – thoughtful, pensive, and jovial – with most of these being passed in the first few tracks. As a compilation it is naturally a little more patchy and incoherent than the stronger bona fide Palace releases but it does contain some superb moments in its 15 tracks. ‘Horses’ and ‘Stable Will’ are woefully forlorn and ‘West Palm Beach’ fades in and out with unparalleled serenity. It is for these reasons that it makes a perfect latter bookend to these albums, as a eulogy to the name, songs and experiences contained within. (8/10)

Though it may seem trivial, there are several lines in Jeffrey Lewis’s homage to Will Oldham – ‘Williamsburg Will Oldham Horror’ – which are pertinent, especially his description of Oldham as the “king of a certain genre”. Though there may be many peers and contemporaries held in high stead – Jason Molina, Simon Joyner et al – this Kentuckyian is at the top of the tree for plenty.

Certainly the Palace-period Will Oldham is a distinct era, yet it is also a transitional one. All of the Palace releases are more than just stepping stones; they are all depictions of something clear, with an overriding narrative. In each something changes – from a character inhabiting the soul of a Southern Baptist to a lamentful lone-rider, via a lovelorn recluse and maybe even the leader of a bar-room band. You take your pick, there are myriad possibilities.

Because of the range and nature of Palace/Will Oldham/Bonnie 'Prince' Billy records over the course of 18 or so years, it’s impossible to say where the best entry point is. There probably isn’t one and any place is as good as any other. Now, to state that which is blindingly obvious: if you really want to delve into his music in the 'deepest possible way' there is no better place to start than with these Palace re-issues, as they each offer something different. Just remember you're better off staying for the long-haul.