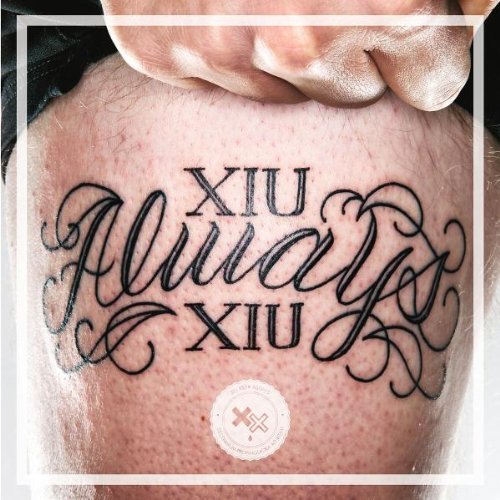 There is a musical and lyrical fearlessness to Jamie Stewart’s creations which make Xiu Xiu’s music a thousand times more effective than the music of most people with guitars and synths and low self-esteem.»

arely is so much meaning conveyed in the space of six letters. and with regard to xiu xiu, its applications are infinite: always relevant, always provocative, always surprising, always evolving, always glittering. it's fitting, then, that as the band (now comprised of jamie stewart, angela seo, bettina escauriza, marc riordan, and returning member devin hoff) marks a decade in existence, such a powerful sentiment would serve as the title of its latest album. at its core, always symbolizes the mutual camaraderie with and deep dedication to each person who has internalized xiu xiu's work, tattooed its name on their skin or soul, and throughout the past ten years made the band a part of their lives. the origin of these intense, everlasting bonds is stewart. his fearless lyrics have given voice to life's most untouchable and taboo subjects, while his distinctively committed but hushed vocals crystallize and medicate their unsettling impact.
those familiar with the band's work will take particular note of the times stewart re-visits profoundly personal accounts from his own life - most prominently on 'beauty towne' (a not-so-uplifting postscript to the muddle of those depicted in 'clowne towne' from 2004's fabulous muscles) and 'black drum machine' (which finishes the narrative of incest and molestation begun on 'black keyboard' from 2008's 'women as lovers'). elsewhere, stewart's willingness to broach any subject finds him confronting both the topical and the intimate in equally meaningful ways: 'gul mudin' seeks to bring comfort to an afghani teenage boy murdered for sport by american soldiers; 'joey's song' strives to do the same for stewart's brother in the aftermath of a family tragedy. 'factory girls' chronicles the sexual objectification and desperate existence of chinese female, migrant workers. 'i luv abortion,' featuring perhaps stewart's most unhinged vocal ever, careens through the resolute heartache of a friend too young to be pregnant and seeks to personalize this most political issue. but while such writing is worthy of reverence, always' most arresting moments lie in its sonic innovation - transforming avant pop elements from an undertone into a bright black focal point while adding new influences such as choral music, kraut rock and animal field recordings. produced by deerhoof's greg saunier (who also contributes drums and vocals to the album) and mixed by john congleton (antony and the johnsons, marylin manson, the roots) the album is positively vibrant. during recording, stewart saw a bible verse spray painted on the wall of his gym. he interpreted the verse to mean, "horror and beauty are the same; love and hate are the same, the tireless dread of our own lives and of living can be embraced with the same fervency as what we find beautiful." composed of this essence, the album proves that perhaps the only six letters to carry the same weight as 'always' are these: xiu xiu.
description from www.roughtrade.com