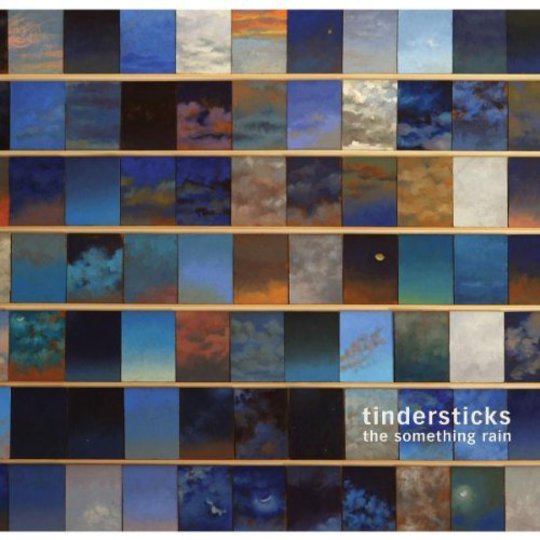 The daylight is fading into the dusk of a Friday evening and you’re stood at a bus stop en route to that first date with the partner of your dreams. You’re flushed with excitement: possibilities, opportunities, futures; and there is a song in your heart. But not everything is right. It’s raining… soaking your shoes and flattening down your carefully sculpted hair. The guy next to you is eyeing you awkwardly – you stare at the ground to avoid his gaze. And to top it all off, the bus is late. You finger your phone wondering whether to text. Will it seem rude? Should you just hope for the best? Head in a whirl; your mind is full of contrasting feelings. Love and fear. Excitement and anxiety. Opportunities and threats. The good striding out alongside the bad.

The music and words of Tindersticks - now into their third decade of activity - has always been built around a similar maelstrom of emotions caressed deftly into song form. Often pigeonholed (erroneously) as a miserable band, Tindersticks explore sorrow and heartbreak, but they do it in such a swooningly beautiful manner that you can never fail to be seduced. For a band with such themes, there are few who sound as thickly gorgeous as they do, like treacle slowly meandering down a crystal bowl. But if there’s been a complaint to make about their post-reformation output, it is that occasionally the band could be accused of dwelling on this a little too often, content to float rather than swim in their maudlin oasis. While 2008’s The Hungry Saw and 2010’s Falling Down a Mountain had some sublime moments, they did occasionally seem to be re-treading old ground. And in direct comparison to the luminosity of their early work, this ultimately made them somewhat unsatisfying. What is different – markedly so – about The Something Rain is that for the first time in nearly a decade, Tindersticks sound urgent again. They’re on more of an edge; they are more desperate to prove. And they have songs to ignite the spark. The result is a glorious, heady swirl of a record – a record that can stand up and trash-talk to any of their previous releases without being cowed.

The nine minutes spent with the narrative opener ‘Chocolate’ (complete with its startling, sudden denouement; of which I will say no more to avoid spoilers) pass by without you even noticing linear time; so wrapped up are you with the story and the flowing, sensuous soundtrack. You feel like you’re there. And then there is the standout ‘Show Me Everything’, unfurling against a heavy bass thump, resonating guitar and glacial female backing vocals. There’s a stage pause... we wait. And then Stuart Staples finally speaks for the first time on the record. “Complexities / Treachery / We watch through glass / We see nothing”. Building higher and higher upon itself until it overspills in a cacophony of guitar and the clambering tumult of his vocals; it is utterly, utterly brilliant.

The urging jazz inflections of ‘This Fire of Autumn’ contrast perfectly with the subtle wonders of ‘A Night So Still’, which burns slowly and precisely, holding itself back with a gilded restraint. So many bands would rush for the big finish here and lose the emotional grip. Tindersticks have the confidence to wring each drop of intensity out before they’re finished. ‘Slippin’ Shoes’ is shot through with brass and a sense of disquiet – a feeling that you are dancing in the presence of the devil. There isn’t time to rest on the album; no time to feel comfortable. The light and the dark intermingle and as to who is gaining the upper hand, you are never quite certain.

‘Medicine’ sweeps like a velvet cloak in the dark but it’s the extraordinary ‘Frozen’ that stands out on the second part of the record. If you can imagine a Tindersticks track remixed by LTJ Bukem, you’re halfway there. Skittering beats, pulsing bass and screeches of brass hang in the air as the voice of Staples comes through the mist, imploring lines such as “If I could just hold you, hold you” and “Lovers cling on by their fingernails”. It’s tense and edgy; you sense it could all fall apart at any given moment. But it holds together, and our final reward is the lush beauty that comprises ‘Come Inside’. Tender, soft and slow, Staples sings it with a quaver in his voice, almost as if it is about to break. And then, in one final masterstroke, they bring out the most glorious saxophone solo imaginable. Everything falls into place: it is the sun rising over the hills at the end of a torrid night; it is the realisation that everything is going to be ok. And it is truly wonderful. Then, with the spectral, haunting instrumental of ‘Goodbye Joe’, the curtain finally closes.

The Something Rain is an album that could only come from maturity. It is a record that younger artists simply couldn’t comprehend, let alone create. And the reason for that is perfectly simple: it doesn’t fret or fuss in an attempt to answer its own questions. It does not attempt to shoehorn in choruses, solos or unnecessary middle-eights; nor does it rush to conclusions. It trusts itself: trusts its own skin, its own means and it does what it does in its own time. Never early, never late: it keeps its own measure and metre. And when intertwined through songs like these - urgent, beautiful and crafted out of fine woods and metals - the result is sumptuous and richly rewarding. To be able to create something this beautiful at such an advanced stage in a bands lifespan is a true testament to the skill and sorcery found in every limb, larynx and lovelorn heart of this band. The rain may continue to fall, but Tindersticks still provide an umbrella of exquisite solace. A record built on restraint, tinged by poignancy and wrapped up in poetic human emotion. Quite wonderful.