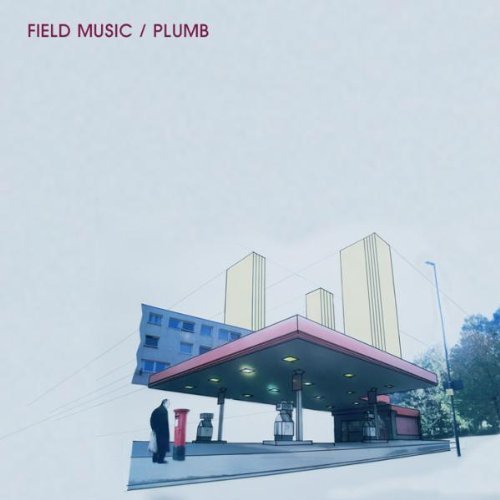 That we’ve got a band asking such questions of themselves, whilst making some of the most thoughtful, intelligent pop in the country, should be celebrated.»

field music's fourth full-length, 'plumb', was recorded throughout 2011 at the band's new studio on the banks of the river wear in sunderland. largely abandoning the 'classic' songwriting conventions embraced on 2010's 'measure', peter and david brewis remodel the modular, fragmented style of their first two albums, only now it's shot through with the surreal abstractions of 20th-century film music from bernstein to willy wonka and the off-beam funk and pristine synth-rock developed on the brothers' school of language and the week that was albums. 'plumb' digs into the age-old dichotomy between what is reflective or nostalgic and the disorienting immediacy of the outside world. songs such as labyrinthine opener 'start the day right,' the chugging, minimalist 'just like everyone else' and the a cappella 'how many more times?' recall those early-morning / late-night moments where dreaming, memory and the present seem fused together. elsewhere, 'who'll pay the bills?,' 'is this the picture?' and especially 'choosing sides' mine a caustic seam of ambivalence toward whatever passes for aspiration and sincerity in our hyper-mediated and mock-hysterical times. whether the angle is personal or political, throughout the record there are allusions to the expectations and obligations we all amass. can we live up to the expectations we had for ourselves when youth and naivety were on our side? can we be the people we'd like to be for the sake of our loved ones? when we feel so powerless, what's worth fighting for and what's worth fighting against?
description from www.roughtrade.com