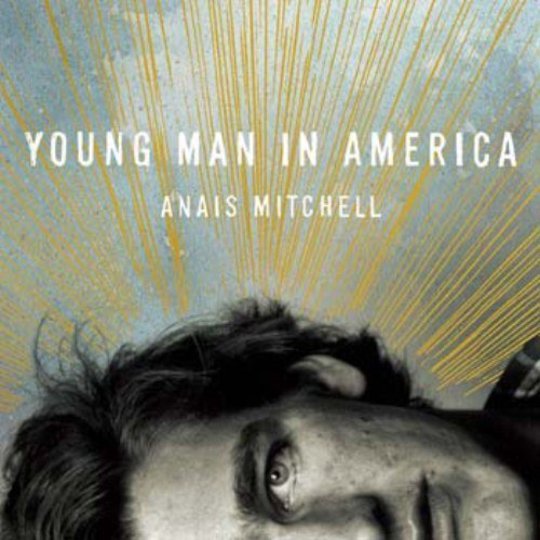 How do you follow something like Hadestown? A multi-voiced, 20-track epic tale of the Greek underworld, awe-inspiring enough to have warranted a perfect ten on this very site should be almost impossible to top. Thankfully, Anais Mitchell’s answer is refreshingly simple: Young Man In America. Narrowing her scope without lowering her ambition, Mitchell delivers a more traditional collection of singer-songwriter tracks, and does so without any marked drop in quality from its incredible predecessor. After all, although the narrative-based premise of Hadestown was often the opening gambit and the bottom line of most discussions about that record, it could sometimes draw focus from the album’s more important strengths of musicianship, melody and lyricism. Those are the three qualities which really made that record special, and they’re qualities which Mitchell has no trouble in translating to this new 11-track collection. Opening with the menacing drum beats and expanding vocal harmonies of ‘Wilderland’, Mitchell provides an assertive mission statement of intent, assuring the listener that she has not shot her wad, she has not run out of ideas, and that this album is as worthy a successor to Hadestown as there is likely to be.

It’s easy to admire Hadestown as a jaw-dropping whole, but we would do well to recognise that it’s only as impressive as it is by virtue of being a patchwork of much smaller moments of exquisite beauty. Young Man In America can be described in similar terms. Frequently sounding liberated by the absence of an overarching framework, these songs often draw strength from modesty and simplicity, packed throughout with breathtaking (and tear-jerking) flourishes of vocal agility and musicianship. Take the tender ‘Coming Down’ as an example, where skipping, repetitive, whispered vocals backed only by piano suddenly allow a swell of gorgeous guitar and strings to slide out from beneath the mix - providing an organic but seismic shift in texture to support the second half of the track. Elsewhere, the stripped back instrumentation of ‘Dyin’ Day’ allows the soft chorus of harmony to sell the song’s hook perfectly and without distraction. Right across the record, one-off masterstrokes of musicianship and a pitch-perfect ear for texture and arrangement provide perfect articulation of emotion for these songs.

And that’s to say little of Mitchell herself, whose vocal and lyrical talents continue to dazzle, and are allowed to roam somewhat more freely without the constraints of an extended narrative. That’s not to say she’s lowered her sights - she’s still as likely to draw from the Bible and ancient mythology as she is to give voice to a blue collar American worker - but there’s a freedom and a looseness to these songs (in terms of arrangements as well as lyricism) by virtue of their being more cleanly cut standalone pieces. Heartbreaking standout ‘Tailor’ is the best proof that Mitchell hasn’t lost any edge for lyricism either on a line-by-line level (“Now that he’s gone away there isn’t anyone to tell me if I’m a diamond or a dime-a-dozen”) nor in her literary ability to build on a theme over the course of a song’s deceptively simple melody. Being frequently combined with a stream-of-consciousness approach to structure and melody, as in the brilliantly sprawling and expansive title track, Anais’ literary and melodic ambitions are always fully realised, and always work in glorious tandem.

If we must briefly and begrudgingly play devil’s advocate in comparing Young Man to its predecessor, I could half heartedly mumble something about the absence of guest vocalists and genre-hopping providing variety for variety’s sake, but that feels like splitting hairs to say the least. Of course, the fact that I’ve mentioned Hadestown in almost every paragraph of this review is indication that Young Man In America was always going to have a job on its hands to successfully stand on its own two feet, but by the time seven minute closer ‘Ships’ moves into its concluding crescendo of regal horns and drums, it has long since become perfectly clear that Mitchell has created a deeply affecting album which preserves everything that was so marvelous about her beloved folk-opera, and ultimately performs a very handsome job of keeping out of its vast shadow.