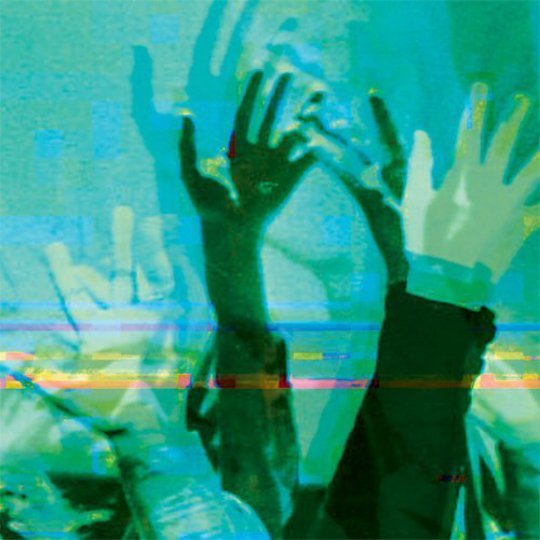 As cardigan-indie bands go, you have to hand it to Islet. At a time when many people’s idea of adventure is a different route to work or a robot vacuum cleaner, there’s a depressing whiff of vanilla pervading the ‘alternative mainstream’s surface-level. Put it down to the elevation of middling no-marks. Bands investing in the mistaken belief that attempted deliverance of some irredeemably doomed ‘guitar music’ scene provides them a mandate for mediocrity. Bands whose audience comprises an assembly of stoned boys and charming men and latte honeys with a righteous streak and a Starbucks punch card. Or put it down to the largely etiolated British music press, de facto ringmasters of the musical circus, who seem as bothered by this obnoxious farrago as seagulls watching a sinking ship. Islet are children of their time, but they’re also a breath of fresh air among Britain’s myriad bad smells, sent to offer the most colourful of stripe something altogether more fascinating.

Undoubtedly the weirdest bunch you might reasonably hope to find vying for an NME cover any time soon, the Cardiff-based collective have rallied together something approaching a cult following since catching eyes in 2009, with a singular live show and a brace of peerless EPs. But where Wimmy and Celebrate This Place, both remarkable specimens, at once exotic yet industrial, felt like fully-formed ideas flung precisely at the altar of awesomeness, Illuminated People forges a sprawling path entirely more unpindownable. Which isn’t to say it’s opted for token whackiness: in fact, eagle-eyed fans will note a shift towards relatively conventional song structures, occasionally evoking an actual indie record (albeit something along the lines of ¡Forward, Russia! featuring Boris). Even ignoring the fact it’s the band’s debut proper, it is an album of extraordinary ambition that British music can be proud and grateful to possess.

In fairness there’s a diminutive helping of kook to overcome, but leave preconceptions at the door and it pays off. It’d be easy to roll eyes at ‘Libra Man’, the nine-minute explosion of funk, prog, rave and erupting desire that sets things off. But when it croons and snarls “you’re so self-satisfied” over a dancing percussive bedding you might find yourself instead falling in love with it a bit. Plain-voiced singer Mark (previously tour driver for Future of the Left, fact fans) makes a living working with disabled children - perhaps themselves the illuminated people of the album’s title - and accordingly every coiled spring, every infinite moment of thrashing energy, celebrates the boundless euphoria of uninhibited self-expression. It’s evident as ‘What We Done Wrong’s frantic guitars rock up against ‘This Fortune’s thundering, oppressive rays. As demented hollers veer into bottom-dropping cesspits of bass squelch. The juxtaposition is masterful, kicking glowing orbs of emancipated glee into a skewed, bellowing dystopia.

There are hints of post-hardcore, post-rock and even non-awful prog, too. Apparently fashioned from orphaned bits of genre after a heartbreaking mix-up at the factory, the best song here is the rough-hewn, complex ‘Filia’, crashing through inhabited forests of dynamic fretwork and earthy rumble, by turns paranoid and positively apocalyptic. Almost as good, stately post-punk centrepiece ‘A Warrior Who Longs to Grow Herbs’ toys with a box of unknown pleasures, Emma Daman’s delicate wails evoking the wide-eyed ferocity of an infant left too long in a dark room. More promising excursions are uncovered in the chronically eccentric ‘A Bear On His Own’, and to a lesser extent ‘Funicular’ and the meandering ‘Shores’, a song so eager to fill Animal Collective’s drab, vegan-friendly moccasins it accidentally falls flat into the trap of succeeding.

Admittedly Illuminated People can occasionally feel not only unhinged but unglued: ‘Entwined Pines’ is a number of disparate instances of soaring brilliance soldered half-arsedly together like an ADD sufferer’s model aeroplane. And yeah, despite admirable efforts to branch out style-wise, you suspect Side B could lose ten minutes without major casualties, suggesting this might best have been sliced down to EP length. Or maybe I’m wrong and, you know, the thing’ll stand as a benchmark of bravery for generations to come. But for all its vital, youthful élan, the temptation is to credit Illuminated People not as a sound victory for a deserving gang of decent people, which it is, but a wild diorama of only partially captured potential. Children of their time they may be, but this is a debut to introduce the Islet name to the established indie lexicon, rather than define it. But, oh, not to worry; these guys have all the time in the world.