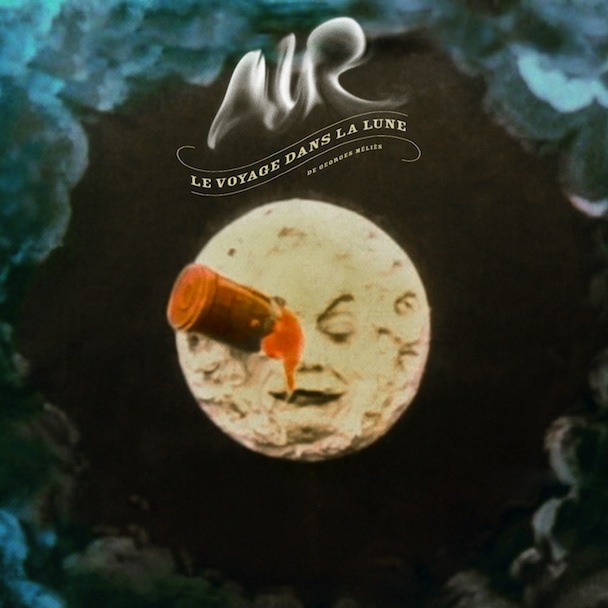 These 30 minutes fly by like a rocket straight into the moon's eye. »

‘Le Voyage Dans La Lune’ (A Trip To The Moon) is a classic black & white silent film by revered French director Georges Méliès. Released in 1902, this legendary 14-minute film is widely considered one of the most important works in film history, and the very first to use science fiction as its theme, incorporating special effects that were very state-of-the-art at the turn of the 19th century. Eager to put a contemporary spin on this classic silent film, the producers decided to approach AIR’s Nicolas Godin and Jean-Benoit Dunckel, to compose an original modern soundtrack, an enormous honour for French musicians, considering the film’s place in the canon of French cinema. With the aim of premiering at the 2011 Cannes Film Festival, AIR set themselves a tight deadline, locking their studio doors and working around the clock to serve these classic images with brave new sounds. Complete with a new soundtrack by AIR, the film debuted at Cannes on May 11, 2011, to immediate and unanimous acclaim. Spurred on by their work on this short movie, AIR decided to develop the project into a full album inspired by the film. Expanding the original musical themes beyond cinematic instrumentals, the album also features the vocal talents of Au Revoir Simone and Victoria Legrand (Beach House).