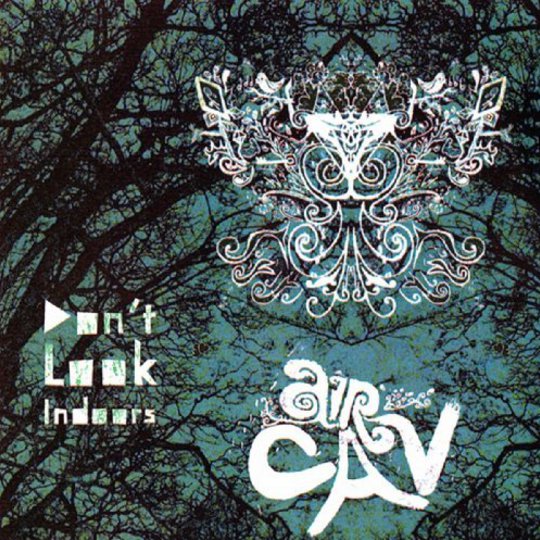 It should stand to reason. Yet it’s worth repeating again and again: the best bands are surprisingly difficult to pigeonhole. And thus should it always be. You don’t fall in love with monochrome; you don’t marry the mundane. Human interest and excitement is based on variety, experiential learning and the desire to be pleasingly surprised at each and every turn. Life coaches, marriage counsellors and wise elders will all say the exact same – the things you grow to love are the things that continually pique your interest. So if you can define a band in a brief scatting of words, they probably aren’t likely to be one you’ll come rushing back to again and again with open arms and flashing smiles.

Manchester’s Air Cav don’t easily fall into any of the chalk rings traditionally drawn around bands from inside the M60. They aren’t really folk, they aren’t overtly shoegaze, they aren’t particularly electronic and (thank god) they aren’t one of the dreary Oasis/Stone Roses nostalgia acts that knuckle-dragging promoters STILL attempt to peddle to the city’s naive student population. By contrast, Air Cav’s curiously constructed and diversely pretty genetics strike out in a city that can so often hide behind labels like the umbrellas of shoppers scurrying across Piccadilly Gardens. And yet, in being bereft of a simple epitaph or phrase to denote their epic and ambitious desires, they stand curiously tall and statuesque within their walls of their own unique castle.

Their debut record has so much to offer. The nasally yearning vocals of singer Chris Nield (sounding like a Fly-esque fusion between Brian Molko, Hope of the States's Sam Herlihy and JJ72’s Mark Greaney) continually dart between cynicism and hope, one side never fully reconciling with the other. Between Nield’s vocals and gloriously sweeping pedal retinue darts the elegant violin of Sophie Parkes and behind that pairing, the rhythm section of bassist Oisín Scarlett and drummer Allan Gaskin are inventive, dynamic and fluid. Their best moments (such as the dramatic sweep of opener ‘A Call To Arms’ and the immediate and excellent ‘Picking At The Bones’ are the ones where they cause a four-way collision between folk, alternative rock, shoegaze and punk venom. The resulting sprawl is not always pretty and not always simple to catalogue, but it is continually thrilling and profoundly engaging.

Don’t Look Indoors’ most impressive trick is the way it manages cram so many deftly considered ideas into each song without claustrophobia developing between the bars and staves. The introduction to ‘Alliance’ could be drawn from Achtung Baby-era U2, but quickly morphs into a British Sea Power stripped-rock epic; continually turning about its reference points like a stranded map in a gusting wind. And the slow-burning build of ‘Exile’ is magnificent, Nield’s guitar toying with you through the growing waves of expectation but teasingly never quite serving up the obvious release. If there was one band to use as a close comparison it would be the long-lamented Hope of the States but in order to get that label to stick, you’d also have to throw in stadium bands such as U2 and Arcade Fire, as well as acts with lofty ambitions such as The Airborne Toxic Event and The Dears. Even then you’re not fully there. And that is Air Cav’s greatest strength. Though occasionally being a little too willing to dwell on an idea momentarily longer than strictly necessary and though still clearly developing and learning their craft, there are so many glorious ideas and ambitions on display here that this can be alleviated, even ignored in view of the broader picture on display.

When all is said and done and the understated and reflective shimmer of ‘Glossary’ fades from the speakers, what you are left with on Don’t Look Indoors is the sound of an adventurous, talented band with a huge heart and laudable ambitions of grandeur. They cultivate a measure of intimacy and stadium-swell into a musical flowerbed that could well blossom into something very special indeed given time, conditions and opportunities. They want to rule the world, but they want to softly hold your hand while they do so. A little out of kilter with trends and ever-so difficult to pin down, it’s nonetheless a debut record which contains more fire and finesse than most major-label bands manage in a lifetime. Air Cav may play hard-to-get at times, but the ultimate payoff is worth every minute of the dizzying chase.