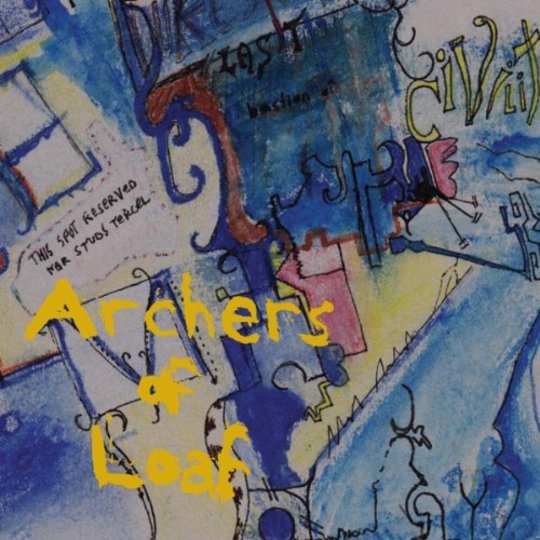 Modern music has always mimicked what has come before it, in some way, and like any attempt at saluting or even blatantly rehashing the greatness of yore, it’s incredibly difficult - if not impossible - to capture that unique feeling that can only come from being ‘of the time’.

However, with the power of the reissue, the too-young or those who simply let a band slip through their fingers before and are hungry for the real deal can get as close a picture of a particular part of musical history as is physically possible.

There is, of course, some romanticism in leaving things be, having things be a document of the time they were created, but sometimes you want to polish these things up and display them for everyone to see, and sometimes, it really fucking works.

Having spent about 13 years in the relative wilderness then, Archers of Loaf have returned, re-embraced the live circuit and are currently undertaking a complete overhaul of their back catalogue for the benefit of new listeners and completists alike.

As far as debuts go, 1993’s Icky Mettle is as about as direct s statement of intent as you’re likely to encounter, with opener ‘Web in Front’ sure to secure your attention in about ten seconds. Smart, catchy and demanding of repeat listens, it is one of many personal anthems in the Loaf vault and an indication of the lethal calibre of hooks-meet-noise ideas that bands like the Archers had in their arsenal. Then there’s ‘Wrong’, ‘Hate Paste’ and ‘Fat’ - which sounds like a natural precursor to what was to be clumsily labelled ‘emo’ or ‘post-hardcore’ throughout the course of the mid-Nineties. In this song and beyond there was a mix of pop sensibility, unrestrained emotion, interwoven melodies, blustering pace and of course, more than the occasional blast of searing distortion.

‘You and Me’ almost sounds like its natural sequel, beginning almost as a quivering interlude before erupting into a sluggish but cathartic burst to rival anything this side of Built to Spill, Pavement, etc, with Eric Bachmann’s voice regularly swaying between tough, raw and vulnerable.

Icky Mettle is an album that feels like the product of angst and frustration, but also relentless power and inspiration. Taken on its own it’s a piece of work that hasn’t been overlooked as much as it is simply a victim of relative obscurity when you’re batting on the same field as Pixies, Pavement, and of course, Nirvana to name but a few.

Like any reissue package worth its salt, Icky Mettle also includes a full second disc comprising rare material including the full VS. The Greatest Of All Time EP and early 7-inches from that same era. Overall it’s about as perfect as introduction to the band as you’re likely to get, and perhaps a timely chance to give the Archers an opportunity to climb back into the upper echelons of your record collection.