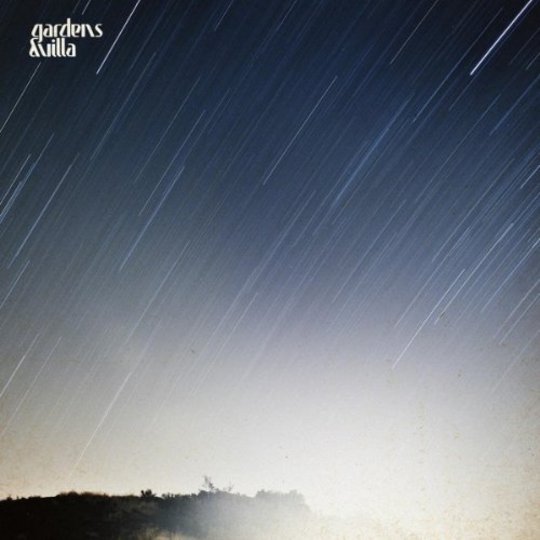 Gardens & Villa’s Chris Lynch’s straining androgynous falsetto is yet another example of a vocal sound that will be forever associated with 2008 – 2011 indie rock. From Animal Collective to Local Natives, that falsetto three-part harmony owes a great deal to Brian Wilson, but under synths, vibraphones and sporadic clean telecaster chirps, complete with whistling and distant backing vocals, it could only hail from the dying days of the twenty-first century North American hipster. Beyond the vocals, the high bass sound and drum pads create a chillwave-by-numbers production that already sounds dated.

On 'Sunday Morning' Gardens & Villa look a little further back to Sixties British Psychedelica (digitised through 2008 indie pop). MGMT managed to recreate something similar pretty well on 2010’s Congratulations by channeling The Moody Blues. The problem here is that Gardens & Villa are looking more to Jethro Tull for their influences, right down to the flute solo (yes, really).

Idiosyncratic rock songs only really work when well placed amongst more weighty material ('Octopus’s Garden' is timeless, but only in context, sandwiched between “Oh Darling!” and “I Want You”). Unfortunately here, the whimsy wins over the weight.

Only a few tracks on Gardens & Villa sound like a band truly exploring their own sound. The excellent 'Chemtrails' calls to mind Antlers and even M83 in its soft and slow natural sweep. It marks the high point of the album and is its lyrical emotional heft makes its lush surroundings reverberate beautifully. “Watching the chemtrails, across the pink sky, because I don't really want to go home”.

It’s also the only song on the album which is allowed to open up and fill five pretty minutes, whereas most tracks here feel deliberately digitally aborted before they can grow.

'Cruise Ship' has a great europop swing, but just when you want the band to explore the sound, it gets produced to within an inch of its life and envelops itself after only three minutes. The programmed beats are turned on and off with little dynamism, and this sometimes unfortunately limits Lynch’s decent voice from straying too far from the arch and precise script.

On 'Orange Blossom' the band are at their worst, indulging in frightening lullabies, wherein Lynch’s voice is not just androgynous but unsettlingly childlike. “Think of me as a swarm of bees, buzzing around your knees"; I’d rather not.

For the most part the steady and rigid drum and bass backing allows clean guitar and sparks of vibraphone to bounce around the vocals with digital clarity. But without any movement in the rhythm section the songs end prematurely, or decline into slow and aimless fade outs.

The problem with creating a sound that is very current is that it’s inevitably not, it’s already few years old, and your influences are still around, and probably doing it better than you. If Gardens & Villa can shed the close digital production and let their music breathe a little then they may be able to put together an intriguing second album. Otherwise they will be simple be remembered as another indie pop band from sometime between 2008-2011, North America.