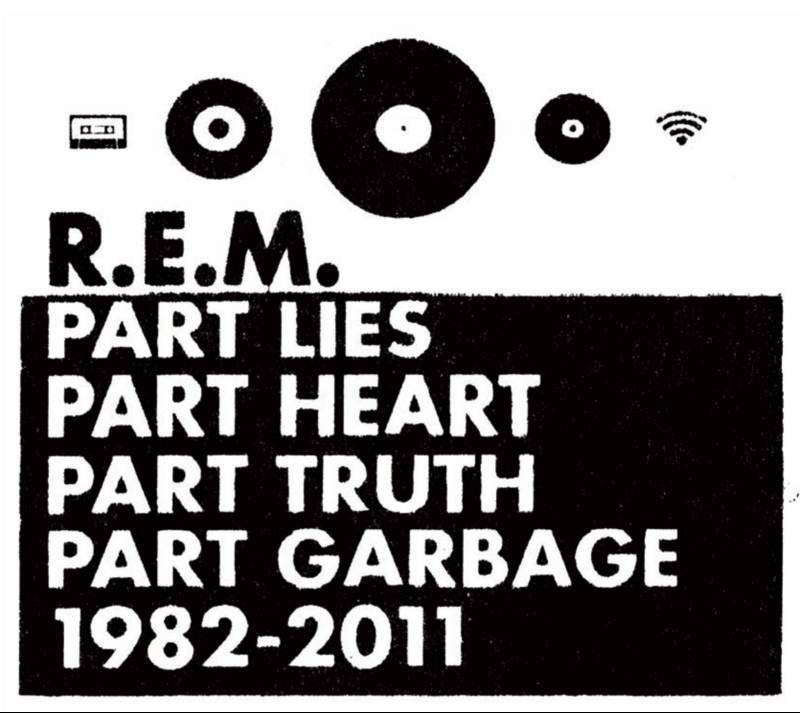 This is very good, but it’s not definitive - but perhaps R.E.M. just aren't that sort of band.»

closeafter rem ignited the blogosphere on september 21st 2011 with the news that they had decided to 'call it a day as a band' via a statement on their website, the beloved band announced the release of their final album; 'rem , part lies, part heart, part truth, part garbage, 1982 - 2011', on warner bros. the album is a 40-song career-spanning retrospective that collects, for the first time ever, songs from rem's entire back catalogue, including the pioneering american band's years on both the irs label (1982 to 1987) and warner bros. records (1988 to 2011). in addition to liner notes written by band members berry, buck, mills, and stipe, the album also features three new songs that rem finished after they completed their last album, 'collapse into now': 'a month of saturdays,' 'we all go back to where we belong,' and 'hallelujah,' which were recorded over the summer in athens with 'accelerate' and 'collapse into now' producer, the estimable jacknife lee.
description from www.roughtrade.com