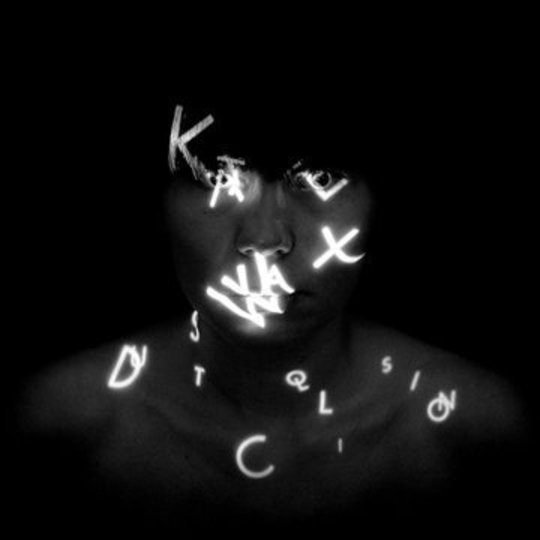 Dust Collision is significant in two ways. Firstly, it is that rare creature: a full length album released by Border Community, joining such esteemed company as Nathan Fake's Drowning in a Sea of Love and Hard Islands, Fairmont's Coloured in Memory and Luke Abbott's Holkham Drones. And secondly, it is the first release from the label upon which vocals take the centre stage throughout. Aisha Devi Enz, the Tibetan-Swiss producer better known as Kate Wax, is the newest addition to the Border Community family, with Dust Collision following releases for Mental Groove and the now defunct Output. The album's name stems from the experiments currently taking place at the Large Hadron Collider somewhere under the ground near Geneva, where her grandfather once worked, and tells tales of witches, demons, dreams and ghosts. The press release dubs Wax as a 'disco Sherpa' guiding us through 'the peaks and valleys of human experience', and while that may be a load of tosh, Dust Collision is a strange and beautiful beast that could just be Border Community's most commercially viable release to date.

Having composed the album at home in Switzerland, Wax then travelled to London to mix it with Border Community supremo James Holden at his studio, and Dust Collision has his fingerprints all over it. While it retains the rich darkness and ethereal vocals of her previous work, the arpeggiated synths, EBM bass pulses and soft melodic techno bare all the hallmarks of a great Border Community album. That isn't to say that this is a Holden album with Wax singing over the top, as the claustrophobic richness of the music on show is distinctive and original. For the former, you need look no further than the two Holden edits of 'Holy Beast' and 'Echoes and the Light' which were made from the musical scraps left in his studio, and are available on vinyl only ('Holy Beast (Holden Woolly Beast Edit)' can be found here.

'I Knit You' starts the album off strongly, with a rich synth progression that grows and grows joined by Wax's minor-ridden and layered vocals that weave an ominous and dreamy sonic tapestry atop it. Wax's voice is akin to that of Bjork and Karin Dreijer Andersson of The Knife and Fever Ray fame and fits perfectly with the introverted and experimental electronica in which it is immersed. Track two, 'Dancing on Your Scalp' showcases just how well she has taken to the Border Community ethos of producing music which bridges the gap between the dance floor and the bedroom, taking elements of 'dance' and stripping away the hardened mechanical edges, making what should be a pounding drum beat and a filthy 'wah wah wah waah' into a delicate framework upon which the song is built. 'Archetype' does the same, hinting at turning into a banger before descending into a heart-wrenching post-pop ballad, before the suggestion of dance floor dirtiness returns and grows and ebbs with her beautiful vocals. 'Maze Rider (Live From the Cave)' at first mirrors this delightful combination, the fuzzy distortion providing the backdrop to her breathy vocals building to the words "enjoy the silence" which usher in a bouncy bass line and the climactic chorus before starting all over again. Title track 'Dust Collision', is the most dance floor-orientated track on the album, with arpeggiated synths reminiscent of label-mate Avus's 'Poppy', and an uplifting refrain of "we are dust, we are lovers". 'Echoes and the Light' perfectly encapsulates the dichotomy that the album as a whole displays, between heartbreaking and haunting vocals and understated electro-techno, and like every track on the record it builds and fades, picking up pace before regressing to silence and then coming back stronger and louder.

All in all Dust Collision is beautifully composed, gracefully crossing genre boundary lines without ever sounding false or forced. It continues along the path set by Fairmont, Avus and Margot in producing more pop-orientated crossover music, only reaching out further than any of her predecessors. Wax has performed the remarkable feat of making a pop record which still displays all the traits of the idiosyncratic community of which she is now a part of.