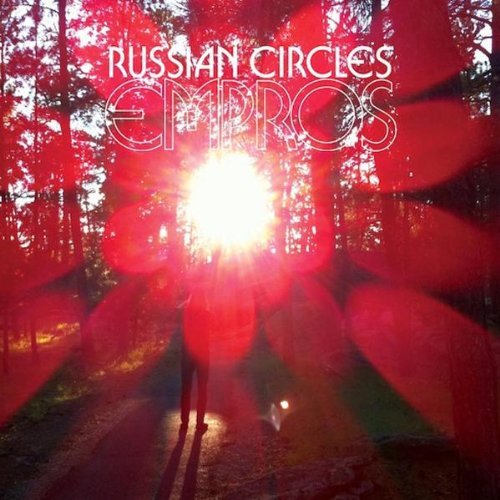 An album which gives the instrumental rock/post-rock/call-it-what-you-will genre a thorough kick up its collective behind.»

chicago post-metal trio russian circles return with not only their fourth and heaviest album to date - but also, with empros they're poised to take the crown as innovators reinvigorating the staid trappings of genre. empros picks up where the anthemic riffs and melodies of 2009's geneva left off and injects evermore slithering rhythms amid skull-crushing heft with all the visceral intensity of godflesh, swans and neurosis. put simply, empros is russian circles' master of reality: a radical revision of both heavy and melody that is monolithic in its clarity and perfection. or, like a lone surviving wooly beast emerging from a brutal winter's frost, empros is the sound of a band shaking the ages from its shoulders with all the brutal force of a behemoth awakened. russian circles -- guitarist mike sullivan, drummer dave turncrantz and bassist brian cook - recorded empros at phantom manor in chicago with brandon curtis of the secret machines & interpol, who also produced the band's previous album geneva.
description from www.roughtrade.com