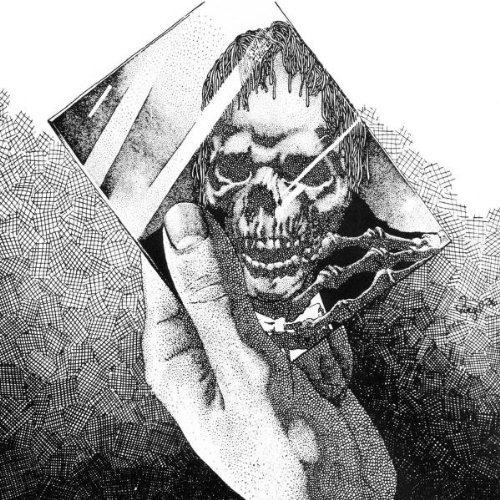 Oneohtrix Point Never has gone further than most, especially with Replica, in proving that our heritage doesn’t always need to be ‘rehashed’ to be replicated with real style. »

oneohtrix point never is daniel lopatin, a us native whose work has brought him to the forefront of the modern electronic composition scene. though lopatin's rise felt meteoric following his 2009 double-disc anthology 'rifts' and its 2010 follow-up 'returnal', his love of polyphonic synthesizers dates back to childhood jam sessions with his father's roland juno-60, an instrument which, like bb king's lucille, he has never left behind. audiences in the last year have gravitated towards oneohtrix point never's profound arrangements, which manage to touch upon both mainstream and discarded electronic music histories, and merge the structural freedom of noise with the abstract emotionality of work considered by many to be 'background music.' his passion to find personal meaning in failed new age utopias and liminal science fiction environments often brings his compositions to the brinks of minimalism, drone, proto-techno, noise and pop, clarifying the past through a blissful repetition of its signifiers. if one can communicate efficiently within the realm of electronic music, oneohtrix point never reveals itself as a project with a zeal for expression, an emotive blinking light on the cold horizon. 'replica', his latest effort, is an electronic song cycle based around audio procured from television advertisement compilations. these sample-based meditations are as lyrical as they are ecological, featuring re-purposed 'ghost vocals' which serve as narration for lopatin's signature amorphous, ambient passages. lopatin's commitment to his juno-60 is still on display, but the placid, synthetic surroundings of returnal are accelerated via darker, propulsive terrains using samplers, analog filtering, tape manipulation, acoustic piano, plate reverb and sub-frequencies. in his own words, "'replica' has as much to do with environmental, broadcasted, and club sounds that i was exposed to while on the road over the past couple years as it does with more direct musical influences." the result is a heightened sense of music as part and parcel of an overall sonic landscape. another note of interest is the record cover itself; a 1936 illustration by virgil finlay depicting a vampire looking in the mirror and only seeing a skull. the backside of the record features manipulated ascii art of a skull credited anonymously on the web. this duality lends itself to the record's conceptual themes: replication, violence, androgyny and preservation. 'replica' was mastered by joe lambert (animal collective, dirty projectors, dan deacon) and mixed by childhood friend al carlson at mexican summer's studio, marking this as lopatin's first proper studio project.
description from www.roughtrade.com