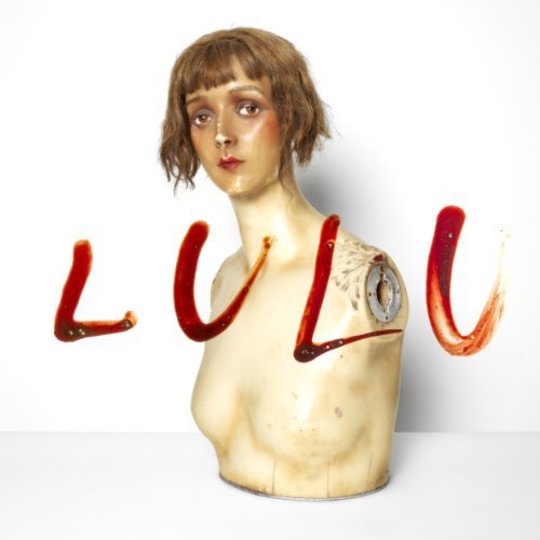 In the build up to the release of this album, Metallica guitarist Kirk Hammett claimed that Lulu is “one of the best things we’ve ever done”. Lou Reed, on the other hand, went even further by suggesting that it is “maybe the best thing done by anyone, ever”. Well, Lou Reed is (almost) correct, and this is why...

When you wake up in the morning with the worst hangover of your life, Lulu is the best medicine. Even after several listens, it’s still difficult to believe this album actually exists. Put this album on immediately and you’ll convince yourself that you’re still asleep and dreaming. At the same time, the spoken word/thrash metal fusion of ‘Mistress Dread’ will clear your head.

Lulu’s opening lyrics are “I would cut my legs and tits off / When I think of Boris Karloff and Kinski / In the dark of the moon”.

Those are not the maddest lyrics on the record.

At one point James Hetfield shouts “I am the table!” over and over again.

Lulu is not a concept album about the Scottish singer of ‘Boom Bang-a-Bang’, ‘Shout’ and ‘Relight My Fire’ fame. It is inspired by German expressionist Frank Wedekind’s plays Earth Spirit (1895) and Pandora’s Box (1904). In 1898 Wedekind spent six months in prison for satirising the German monarchy. The two plays tackle sexual morality and bourgeois hypocrisy, and pushed the boundaries of what was deemed acceptable in theatre at the time. This is not the concept of the latest Bon Iver record.

It is a sort of mutant cousin to Reed’s 1973 sublimely miserable rock opera Berlin, written off by fans and critics alike at the time of its release, now almost universally lauded.

The collaboration has massively annoyed Metallica fans, Reed fans, fans of both, and fans of neither. This can only be a good thing.

Metallica are damned if they do and damned if they don’t. They get an enormous amount of flak when they try to experiment even a little (the late Nineties’ Load, Reload, Garage Inc., S&M period) and they get the same amount of flak when they try to keep people happy by sticking to more straightforward metal (St. Anger). This record proves that when encouraged to roam outside of their comfort zone, the band sounds happier, more energised and spontaneous. It is their most interesting and engaging album in ages, and still it rocks.

Lou Reed continues to sound cool, even when collaborating with Metallica.

Lou Reed’s inspirational disregard for what his fans think, want, or expect of his music is up there with Bob Dylan and Neil Young.

Our pet guinea pig, who sometimes goes for days at a time snuggled up in his hay in a corner of his cage so you have to check to see if he’s dead, likes Lulu a lot. Every time I put it on, he comes out of his hay and starts waddling around. It is plausible that he’s trying to get me to turn it off, but I prefer to think that he is dancing.

In this time of recession/depression and with the whole music business collapsing in on itself, it is truly thoughtful of Reedallica to cut recording costs and spare the income of record buyers by releasing a joint album instead of each releasing their own individual albums. Perhaps this is the future of recording. There will be teething problems, such as Jack White faffing about with the despicable Insane Clown Posse, but we can look forward to LPs by John Cale/Slayer, David Bowie/Anthrax, Laurie Anderson/Megadeth and Kate Bush/Cannibal Corpse.

Lulu also represents value for money in the respect that it has a ridiculously lengthy running time, with the longest track being nearly 20 minutes long. It does not get boring.

The He-Man-haired eraser of rawness Bob Rock is not involved.

It finally comes to an end with some lovely violin/cello work.

Lulu is the second greatest record ever made in the history of the human ear drum. Number One: Metal Machine Music.