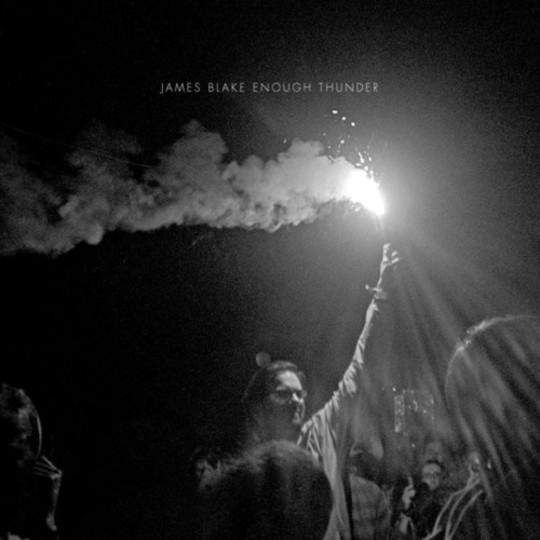 When James Blake swanned into the singer-songwriter market this February, naked from the waist down and having a little cry about it, the ensuing commotion said everything and nothing we needed to hear. We knew, of course, the snippets of quasi-wisdom blurted out weren’t particularly big or clever. (This chap even went to the trouble of decrying the entire DiS website over Noel Gardner’s 5/10 review, despite admitting to not having read it.) And yet if one Twitter feed wasn’t spewing forth streams of inconsequential knee-jerk aggro, then you’d be willing to bet another would be wanking lyrical over that self-titled debut in double measure. Come release day proper, even poor Jimmy B’s mum could be observed furrowing brow over whether to finally splash out her hard-earned on the thing... probably.

Met with surprisingly little fanfare, this six-song follow-up EP has been available to stream since early October. Which means you probably already know it’s a far cry from the 'Order/Pan' single - not the return to pre-James Blake days certain factions were crying for. Nor is it any kind of odds-and-sods accompaniment to February’s main event, but more a thoughtful relocation of that record’s jilted marriage of promise (weeping at the altar) and satisfying payoff (did legs).

It’s unsurprising then, that consistency is again the main issue here. ‘Fall Creek Boys Choir’, the one with Bon Iver, is a curiously ugly thing that sounds like a late-Noughties major label rep spilling Coors Light all over an empty dancefloor. The vastly superior ‘We Might Feel Unsound’, meanwhile - if you prefer your similes a mite more tangible - can be described as ‘bedroom music’ only if you share pillows with various Godspeed You! Black Emperor guitar quibble-enthusiasts, as an ashen-faced DJ Nate sits cry-wanking in the corner. That’s way more toothsome than it sounds, actually, buttressing some glassy pianos with uneasily wibbling vocal affectations, but elsewhere the awkward cover of Joni Mitchell’s ‘A Case of You’ - standard, stammering piano-and-vocal fare - is exactly as unappetising as you might imagine. If the thing isn’t actively offensive, all sweetly ascending majors and lurching lows, you’re hard-pressed to brush aside the feeling it’s not only unforgivably spermy but entirely unnecessary; especially within the repertoire of an artist whose calling card is a sometimes astonishing lightness of touch, along with, to a lesser degree, his vocal’s feminine peculiarity, you feel that like the J-Vern collab this fully exploits neither, simply wafting by feeling at best tame or at worst plain annoying.

Its inclusion, however, is hardly surprising. After the gentle giant’s recent rant about mainstream dubstep, Enough Thunder is accordingly a happy sanctuary from My Sub-Bass Is Deeper Than Yours dick-swinging affairs. And in light of Blake’s sallying into the yet-more-lachrymose - along with the incoming realisation that maybe this whole ’blubstep’ (no, no, we probably shouldn’t) thing is genuinely what he wanted to do, and he wasn’t nudged or The Manned in any way - I mean, you might, sort of, slightly, maybe admit this whole album/EP bundle on our hands, while a little underdeveloped, isn’t actually that end-of-days bad, by any stretch, is it? There’s more subtlety than Blake’s post-Klavierwerke material is credited for, too. The title track - a Joni Mitchell-does-‘Martha My Dear’ kinda swing - by virtue of its water-bitten reverb sounds like a tattered old love letter being beamed up from the bottom of a 45 foot well, which’d explain the sense of spare detachment therein. Far from leaving you cold, it lends an earthy weightiness to the young lad’s finest solo piano-and-voice song to date.

It’s the extraordinary ordinariness, sophisticated simplicity, that redeems all this: even when bass drums calmly clatter wall-to-wall like hungover flies in a jar, there’s a gentle edge that’s mellow and mellifluous, distant yet direct. That means none of the tidal insect-noise of ‘The Wilhelm Scream’ or ‘I Never Learnt to Share’, and only ‘Not Long Now’s slightly muted low-end rattle delves nearly as deep as the bowel-bothering basslines of that ‘Limit to Your Love’ cover. But whatever your gripes, and there are a few (you hesitate to flat-out yell ‘Give the Autotune a rest, pal’, but really...), there’s at least something faintly promising about the fact the two weakest tracks here are not his own. Well done, James Blake. You honestly aren’t that bad at all, mate.