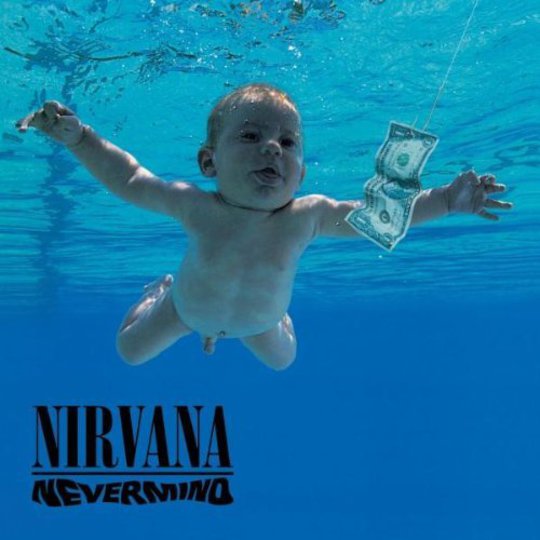 I’m not going to patronise you here by describing what ‘Smells Like Teen Spirit’ by Nirvana sounds like. But what’s probably a better use of your time than reading this review is for you to go back and listen to it again, really listen to it. Ideally you should do this via the medium of some fancy pants speakers or headphones. But if all else fails, see below for the video.

Now, you can be a dick about it all you want, but ‘Smells Like Teen Spirit’ is really pretty flabbergasting. Part of the reason, I think, that so many people seem genuinely shocked at the fact Nevermind is now 20 years old is that the album’s lead single represents something of a line in the sand for the pop song. Of course it’s catchy and melodic and nicely-produced and an indie disco staple and blah blah blah, but at present it would appear to be about the heaviest chart pop ever really got. Sure, it opened the door to some similar stuff, but in terms of the volume of its fuzzed detonation of guitars, the savage sandpaper rasp of Cobain’s snarl, the howling nihilism of its largely incomprehensible lyrics… there simply has never been a global hit like it, and probably won't be. Butch Vig’s booming production may annoy In Utero nuts and it takes effort to really pay attention to a song so firmly entrenched in our popular culture, but it remains a watershed for mainstream music.

That, I think, is probably Nevermind’s greatest legacy: it didn’t finish off the hair metal bands and AOR dinosaurs of the Eighties, but it fucked them up good and proper, and pretty much put paid to a certain brand of entitled posturing. Bands couldn’t simply dress heavy and get away with it, and if nu-mental, nu-grunge and pop emo were a by-product, there’s not a single note of music by any of those bands that doesn’t languish in ‘Smells Like Teen Spirit’s shadow, and they all know it.

There are a bunch of other songs on Nevermind after ‘Smells Like Teen Spirit’; analysis and over-analysis of said songs tends to be what leads to people getting overly het up about this record and what it may or may not stand for.

By and large you can divide the other songs into two camps: furious, punky numbers like ‘Breed’, ‘Territorial Pissings’ and ‘Stay Away’ that may or may not sound compromised by Vig’s big production when compared to stuff off Bleach and In Utero but are by no means ruined by it (and indeed still sound beefy as hell). And then there are the likes of ‘In Bloom’, ‘Come as You Are’, ‘Lithium’ and ‘Polly’ – sardonic, melodic, lugubrious pop-with an-edge of the sort that simply doesn’t exist on Nirvana’s other albums, perfectly suited to Vig’s gleamingly massive aesthetic and the walloping ways of new drummer Dave Grohl.

For a time these wry, hard, catchy songs defined the mainstream - MTV being particularly shameless in ditching near enough everything it had stood for in the Eighties in favour of cladding its presenters in flannel, plaid and scowls and pledging allegiance to the 30m-selling success of this record and everything that came in its wake.

Radical after the self-regarding Eighties, the record's sneering, self-loathing Gen X attitude went on to become the stuff of cliché; if the album has dated in places, I think it’s more that the irony-heavy likes of ‘In Bloom’ seem, I dunno, a bit lightweight next to the sturm and drang of ‘Smells Like Teen Spirit’, the emotional heaviness of cello-streaked closer ‘Something in the Way’, the furious (and furiously silly) thrash of hidden noise freakout ‘Endless Nameless’. It’s hard to really divorce Nevermind now from what it meant at the time, harder still to imagine it sans the first track, but I’m pretty sure it’s a very good record.

So we’ve talked about Nevermind’s legacy; what of (ahem) this legacy edition? The first thing to say is that the remastering is pretty good: it’s in no way a record that needed remastering, but it’s definitely one that suits being remastered, and certainly isn't fucked up by the process. There’s not really a lot to say beyond that; you will not have any new insight into these songs, but you will be able to listen to them at a slightly higher volume and it’s probably marginally preferable to the original version. There is a deliberately cheap one CD version you can get for well under a tenner that’ll do you right in that regard.

The various expanded packages, though, are predictably less impressive. All feature nine b-sides tacked on to the first CD, of which only ‘Even in His Youth’ and ‘Aneurysm’ (already on Incesticide) are worthwhile. There is a set of poor sound quality demos that are of slight interest but in no way constitute a serviceable punk version of this record. There's the pointless Devonshire Mixes (Butch Vig’s ‘rough’ mixes of the record, which sound basically identical to the finished thing). And there's Live at the Paramount, an impressive concert DVD recorded in Seattle just after Nevermind’s release that is in no way worth the absurd £75 price tag of the boxed set edition of the record it comes with (though the standalone price of £15.99 is not hateful).

We could get bogged down in the irony of how much Cobain would have loathed the exploitation of these songs, of how buying the box set is more or less tantamount to taking a good, hard dump on his grave, of how the cover art is amusingly apt, etcetera etcetera. But in all honestly I doubt Cobain would have had any beef with the idea of the remaster and, y’know, maybe he would have done but he was a whiny bastard and it’s a moot point. Nevermind is the joint twenty-first selling album of all time. It is definitely not an underground punk record. But if you look at the other best sellers it is conspicuously the most dangerous thing on that list, unquestionably one of the best things there and it’s probably comfortably in the top ten in terms of cultural impact. Bon anniversaire, and all that.