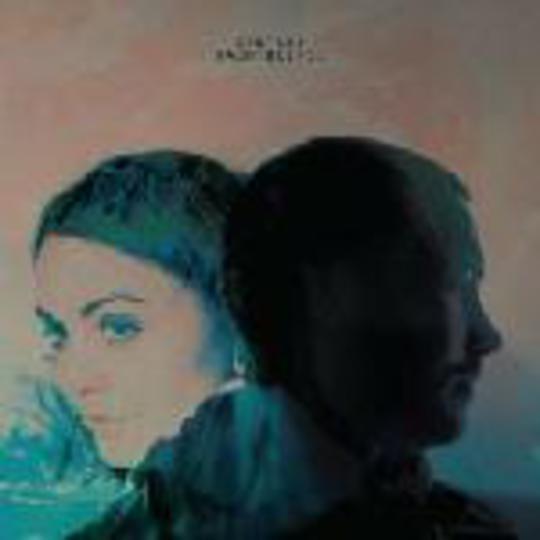 Having recruited occasional vocalist Anna Cecilia as a full-time member of Syntaks prior to 2009's Ylajali, his fourth long player and undoubted breakthrough record, Skott's decision to spend the next 18 months creating his widescreen masterpiece looks to have paid off. For the most part at least.

Nachtblende then, Syntaks' first release for West Country DIY label Parallax Sounds, collects together a mammoth 15, tracks all characterised by Skott's trademark swooping synths and Cecilia's haunting, choral vocal stylings. Clocking in at well over an hour from start to finish, it takes a full 40 minutes or so for the first and only legible vocal on Nachtblende to appear. "I see you walking by..." coos Cecilia ornately on the symphonic 'Into Two'. At times reminiscent of Portishead at their most awkward, or a more melody-driven Boards Of Canada, it sits as a hazy cornerstone for Nachtblende's unassailable charm.

Channeling back through the album's unmistakeable beauty, it becomes apparent that Nachtblende could have been written as a film score more than anything else. Opener 'Iris Germanica' recalls Groove Armada's 'At The River' for atmospheric, stoned aquatic beats, while the backwards masked trip hop punctuating 'Shiftandshade Ahead' has a similar hallucinatory effect as Loveless' subtler moments.

Possibly the main criticism that can be aimed at Nachtblende - and indeed the majority of records associated with this genre - is that the majority of the 15 individual pieces follow a similar pattern to what's gone before, ultimately making the record a challenging listen from beginning to end whereby maybe a ruthless exercise in editing could have resulted in a more succinct and compartmentalised album.

On the whole though, Nachtblende is a worthwhile addition to 2011's seemingly errant fascination with ambient techno, and even if it does outstay its welcome towards the end, offers plenty for the returning listener to encompass and discover on each subsequent visit.