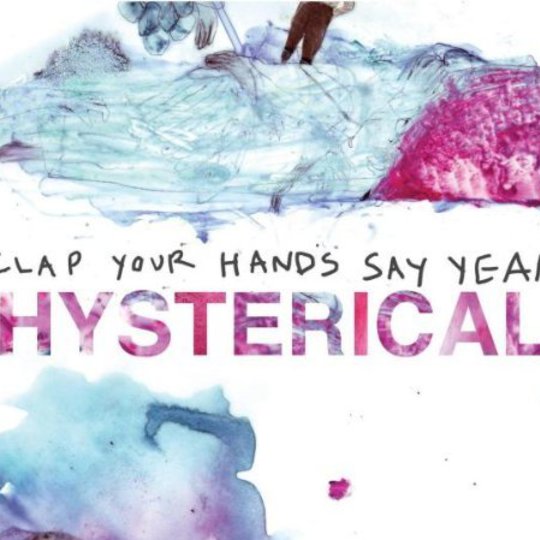 There’s this fellow I talk to occasionally on the internets for whose opinion I have a good deal of respect. He believes the first Clap Your Hands Say Yeah album to be the greatest American guitar band recording of the last decade. I just can’t see it. I mean, it’s okay and that; it’s always nice to hear a band that doesn’t overtly remind you of some other band, even if they are a tad monochrome and joyless, and at its best (‘By The Skin Of My Yellow Country Teeth’, ‘In Our Home On Ice’) it even approaches fun. But it’s kind of… indie. I never got round to hearing the second one. Nobody said anything about it that made me want to. But I’m pleased to be able to report that with album number three CYHSY are now transmitting in full 625-line colour, sicky drab NTSC browns and yellows banished to history.

Third albums are traditionally a stick-or-twist moment in an act’s life. Up your game or fuck off time. CYHSY mainstay Alec Ounsworth has obviously taken this on board, and he’s responded to the challenge by writing a bright, pithy record stuffed with delicious tunes, not only in the vocals but both guitars and (particularly) the keyboards, and generally all at the same time. Delicious, and often instant, but not obvious: for every immediate hit such as the title track or ‘Maniac’ there’s a number that’ll take a few listens before your initial call-that-a-chorus response becomes the realisation that what you’re hearing is every bit as beguiling as the more pants-down moments. They lose me, it’s true, during the coda of seven-minute parting shot ‘Adam’s Plane’ – equal measures Mike Garson and Les Dawson – but I suppose that’s partly what seven-minute parting shots are for, and given the density and economy of everything that’s gone before I’m not going to begrudge them their brief jazz odyssey.

What does it sound like? Um, like CYHSY but better, like they’re trying just the right amount of hard. It’s a strain of post-punk psychedelic pop, if you must – I’ll never understand how Robert Smith, with his ploddy band and thirty-to-one songwriting ratio of dogs to peacocks, has managed to be so influential – but that hackspeak definition saddles the reader with two misleading signposts back the way we’ve come when in fact this music is as modern as Phoenix, South Sudan and onesies. I’m a fan of Ounsworth’s reedy, airborne voice, too: it was the main thing that set their debut apart, for me, and here he’s pushed it forward, explored what he can do with it, as much as the band’s other elements. I played Hysterical to another fellow I talk to occasionally on the internets and for whose opinion I also have a good deal of respect. She pointed out that Ounsworth sounds a bit like Brandon Flowers and a bit like Tim Booth. Well. I’m all for a bit of demystification, but you can have too much of a good thing, so I’m never speaking to her again. Tant pis. The whole is more, etc.