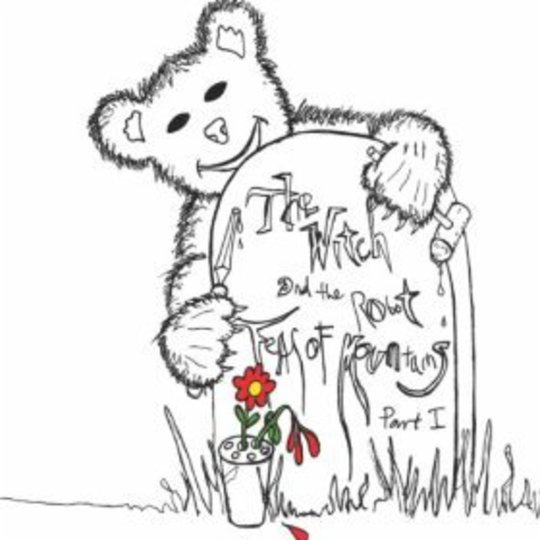 The Witch And The Robot’s debut album, On Safari, was without doubt one of the hidden gems of 2009. It was a wild combination of relentless, almost perverse experimentalism and deep, semi-spiritual folk convention. It’s successor, Fear Of Mountains, sees the Cumbrian misfits plough a similarly rich seam of influences – from Americana and country to Krautrock and classical – all bound together by a captivating, frighteningly psychedelic approach to the folk tradition.

Fear Of Mountains is the first of three concept albums that the band has planned, telling the story of a diverse range of characters with hazy connections to The Witch And The Robot’s native Lake District – a Brazilian sculptor, a German dadist and William Wordsworth all pop up in various guises. The tale opens with an ominous mutter of “fight, fight, fight”, plucked straight from the playground and thrown into the threatening Blue Oyster Cult-style guitar of ‘Back! Back! Baby!’ A hysterical chanted refrain and an onslaught of manic wailing takes you on a tortured journey that you’d almost want to avert your ears from if it weren’t so compelling. It’s a sign that Fear Of Mountains is altogether more rugged than its predecessor; it’s rougher around the edges for sure.

The title track is a particularly primitive brand of pop music, with an entrancing house beat that’s similar to LCD Soundsystem at their most sombre. Its low production values make it sound like a demo of a demo of an Eighties electropop ballad. The wobbling bass sounds as though it's being plucked on a shoelace tied to an empty tissue box, while twinkling synths stripped from Close Encounters Of The Third Kind evoke the sound of outer space – or how people thought outer space sounded before anyone had actually been there and realised there was no sound. The whole track is spectacular as is swells into a ritualistic pagan dance, like drum and bass specially created for an untouched Amazonian tribe.

This somewhat prehistoric approach makes Fear Of Mountains sound like it comes from another era altogether, though The Witch And The Robot put a distinctive twist on their old-fashioned influences – ‘The Last Blood Cell’, with its comparatively light, lush piano chords is how The Beach Boys would have sounded if they’d become druids and made a folk album, while the deceptively straight-forward twist and shout of ‘The Beagle’ reimagines The Beatles as The Freaky Four instead of The Fab Four as it becomes a manic carnival of noise.

Elsewhere, ‘Sexy Ways Of Dying, No. 12’ explores the cinematic expanse of classical music, whereas ‘The Haunter Or The Haunted’ has synths oozing with gothic Hammer Horror dramatism before it takes a surprising ambient Krautrock turn. At times the stylistic clashes jump out as bizarre, particularly on ‘Sea Change’, where squawking backing vocals genuinely sound like the results of a mental illness.

The only problem with Fear Of Mountains is that many of its influences do date back so far. If you didn’t know better, you could easily believe that this album was some ahead of its time record from the Sixties that has begun to sound a little dated. But in the same way that the most prescient albums still warrant repeat listening decades after they were made, so does Fear Of Mountains today. The Witch And The Robot may borrow from the past, but the way they do it makes them a frantically exciting band.