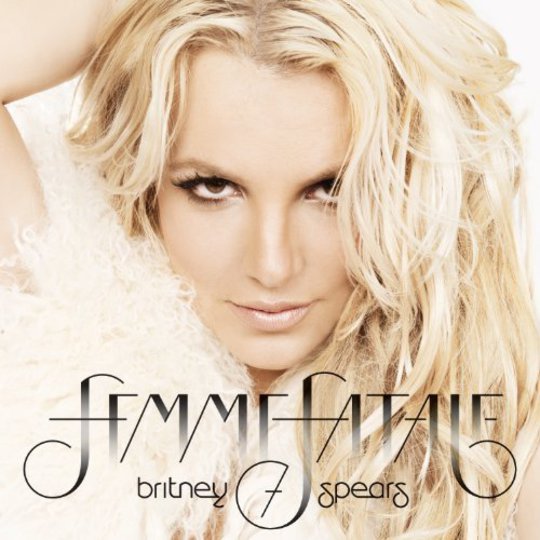 August is a bleak month for albums, at least December has a new Greatest Hits record out every week. In that spirit welcome to the first, and quite possibly last, DiS pop albums round-up bonanza 2011, which is going to do abide by the Ronseal mantra of doing things. If you want an opinion on a record which hasn’t been spun to death on Capital FM, then you’re going to find it slim pickings here. If you’re desperate to get a seven month old verdict on the Bruno Mars record, you’ve come to the right place. This perfectly formed column plans to collect all the massive pop records that haven’t yet been reviewed on this ‘ere website so Nicole Scherzinger, J-Lo, Beyonce, Britney Spears and your favourite coke-snorting heartthrob are all about to come under the Drowned In Sound thumb. Thanks for tuning in. The Katy-B album is a fine pop meets dubstep fusion but it’s all very knowingly credible. Not least in the concluding monologue for ‘Hard To Get’ where the former Goldsmiths graduate thanks her friends Bee and Sarah for, “having next level ideas and a ridiculous passion for real music.” As such, you never really get the same exaggerating whoops and swooshes with On A Mission that Femme Fatale offers. “I can be your drummer baby you can be my bass,” coolly coaxes Ms. Spears on ‘Big Fat Bass’, one of the few Will.I.Am featuring songs in years to be certifiably listenable, and that’s the general mantra of her seventh album. ‘Hold It Against Me’, ‘Inside Out and ‘I Wanna Go’ are all tremendous examples of Dr. Luke’s modern pop production, even if Britney’s voice is so processed it’s hard to say she sings any note without some sort of computer-programmed assistance.

In an album of heady decadence, most of which boils down to a nymphomaniacal obsession with all things lustful. The non-singles-in-waiting find a way to entertain while sticking to the same script our pop siren has been peddling for 13 years now. ‘How I Roll’, ‘Seal It With A Kiss’ and ‘Trouble For Me’ prove a depth to Femme Fatale which withstands repeated listens months on from its release. Undoubtedly the equal of 2007’s Blackout, this may well be the best record Britney has ever unleashed upon her still transfixed public. (9/10) As much as Mrs Z’s Glastonbury headline set was a triumph, the same can’t really be said about 4. Weighed down by a near-terminal amount of ballads, thank god Bonce can draw on her infinite reservoirs of empowered sass to save even the most middling record. Opening with four sombre tracks, of which ‘1+1’ and mandatory breakup anthem ‘Best Thing I’ve Had’ are the highlights, the record quickly slips in to a morass of deathly slow tempo. Even the hyperactive duo of André 3000 and Kanye West succumb to the funeral march on ‘Party’ while spouting the graphic chorus line, “You a bad girl and your friends bad too. We got the swag so she drippin’ swagoo.”

No wonder Columbia were rumoured to be considering pulling the record’s release. An almighty backend effort drags 4 into contention, following a mid-album meander in turgid waters. How ‘Countdown’ with its bolshy brass refrain and actually danceable beat, didn’t make it as lead single is a mystery up there with The Horrors’ career revival, but on a record of misguided choices it’s great to hear Beyoncé stumble onto perfection. ‘End Of Time’ is another chance to show off those dazzling pipes but thanks to a bit more horn-based fanfare it never slips into a mid-paced slouch. Equally sublime is the divisive, but catchy like cholera, ‘Run The World (Girls)’ which closes the show with all the jitterbug shimmering that befits a Major Lazer sample.

As the sum of its parts, 4’s highs outweigh its elongated troughs. That Glasto slot may have been an essential sales boost though. (6/10) Jennifer Lopez’s seventh album is a record seemingly written by a committee of docile arseholes.

'Who’s going to produce the lead single?' asked Arsehole 1, the laziest arsehole in the room.

'Whoever did the Lady Gaga album,' replied Arsehole 2, the biggest fan of RedOne euro-pop amongst all arseholes.

'It should definitely be themed around some partying "On The Floor". People seem to swallow that shit right up,' asserted Arsehole 3, the arsehole in charge of stuff that happens in the club.

'Yes! Good thinking Arsehole 3,' cried Arsehole 4, the least forgivable arsehole. 'I’ll get on the phone to Pitbull. Flo-Rida is unavailable but he’ll do.'

To be fair, Love? actually has a bit going for it. ‘On The Floor’ may be one of the most derivative singles in recent memory but anyone with the audacity to crib their chorus from a novelty hit as dire as ‘The Lambada’ deserves some points for balls-out tastelessness. Notwithstanding Pitbull’s usual deluge of pop cultural references, his contribution doesn’t ruin the track either, if anything it elevates it to a level beyond parody.

‘Papi’ and ‘Run The World’ are genuinely great, borrowing J-Lo’s urban swagger of yesteryear and employing RedOne’s considerable skills to polish them off for the current marketplace. The rest of the album is a classic case of pleasant filler intertwined with some obvious missteps. ‘I’m Into You’ features a turn from Lil’ Wayne which would fail to raise the pulse in a mortuary with Weezy rapping like a man ready to a man ready to take his cash and run. Elsewhere, ‘(What Is Love) Love?’ plummets down a ‘woe is me’ canyon which is hard to sympathise with when the person singing is taxed more in a year than I’ll earn in the next five.

Essentially, Love? tickes all the boxes to hand J.Lo her international comeback, if only it didn’t sound so obvious this is exactly what it was what it was designed to do. (5/10) A lot of people enjoy the relaxed reggae-pop of Bruno Mars, the internationally successful version of Olly Murs. A lot people also really hate his guts. Your humble reviewer sits right in the middle of these two fanatical groups. I neither buy into his perfectly constructed narrative where every woman is jaw-droppingly beautiful, love occurs at first sight and when virginial sex is not occurring, you’re hanging out all day in your snuggie with a gang of chimpanzees. Nor do I resent the idea of such a place existing. At least it’s preferable to the hyper-sexualised fantasy propagated by several modern popstars but more on that later.

Crucially, Bruno knows his way around a catchy tune. What’s more he has a few to spare having co-written Cee-Lo Green’s phenomenal ‘Fuck You’ and Travie McCoy’s mega-selling ‘Billionaire’. ‘Just The Way You Are’, ‘Grenade’ and ‘The Lazy Song’ all pass the hummability test but their underlying sentiment smacks of a man singing sweet nothings because that’s what he thinks you want to hear.

In this sense, ‘Marry You’ is the album’s best offering as it marks the zenith of Bruno’s Jane Austin-aping, “It’s a beautiful night, we’re looking for something dumb to do. Hey baby, I think I wanna marry you.” When the Glee cover fails to out-cheese the original, you’ve surely achieved something sort of songwriting note?

Anyway for people who like their pop sung by dyed-in-the-wool sentimentalists there’s Bruno Mars, for those who like it sung by scurrilous raunch-mongers there’s Nicole Scherzinger. (5/10) There is a lot to dislike about Killer Love. Firstly, it contains a duet with Sting entitled ‘Power’s Out’. It is exactly as god-awful as you would assume. Secondly at 51 minutes long, it drags on for almost as long as the summer festival season. Finally, a lot of it is simply crass.

Unlike Mike Stock I’ve got no problem with smut-peddling in musical form, but on the likes of ‘Wet’, the former Pussycat Doll doesn’t even bother to hide her obviously dramatised desires under a veil of thin innuendo. “If you touch me there please beware you can start up a fire,” writhes a Nicole doing her best to act sultry beyond all reasonable belief. “I don't mind if you take me home cool me off in the shower.”

It’s not the content that offends, just its flagrant yearning to corner the market in Zoo readers. The abject horror of ‘Right There’ and its 50 Cent-featuring video can only truly be summarised by the abhorrent YouTube comments it attracts. If you want racism and bigotry rolled into one toxic band of tragic individuals, there’s your ticket folks.

The real embarrassment of Killer Love is not caused by its provocation of such a sad following, it’s the bolshie brilliance of ‘Poison’ and ‘Don’t Hold Your Breath’ which serve to underline why none of the above was necessary to secure the record’s success. Thank the lord these two radiant offerings shone as singles because, in a cavern of crowd-pleasing flops like ‘Club Banger Nation’ they were fighting a terminal battle. (3/10)