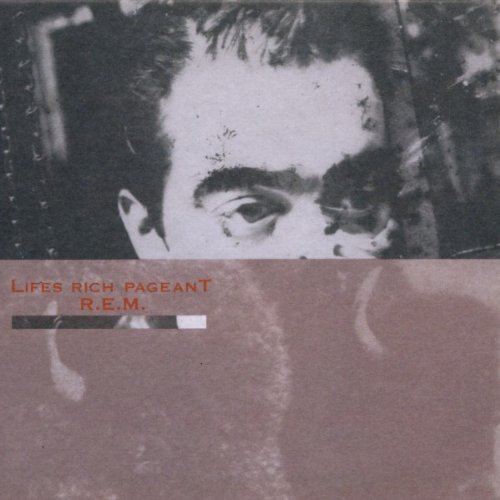 Unlike many a transitional record, Lifes Rich Pageant is a genuine hoot, an unexpected blast of sunshine between the darkness of Fables… and the fires of Document.»

remastered 25th anniversary edition of this classic rem album featuring hits 'fall on me' and 'superman'. it comes with a plus bonus disc - 'the athens demos' - 19 demos previously unreleased, recorded in athens, georgia 1986. 'the athens demos' include drafts of pageant's 12 songs, plus additional demos of songs that were later recorded for other releases. includes early versions of 'bad day,' 'rotary ten,' 'two steps onward,' 'mystery to me,' 'all the right friends,' and 'march song (king of birds),' an early instrumental version of 'king of birds' from 'document'. one track, 'wait', has never before been officially released by rem in any form, but it has shown up on bootlegs over the years. the cds are housed in a lift top clamshell box (same style as 'fables of the reconstruction' deluxe edition) including poster, 4 postcards and 12 page booklet containing liner notes by music journalist and author parke puterbaugh. rem's fourth studio album, 'life's rich pageant' was recorded by vocalist michael stipe, guitarist peter buck, bassist mike mills, and drummer bill berry at john mellencamp's belmont mall studios in indiana. produced by don gehman, renowned for producing a string of punchy, soulful heartland-rock albums by mellencamp. the album reached number 21 on billboard's top 200 albums chart and number 43 in the uk album chart.
description from www.roughtrade.com