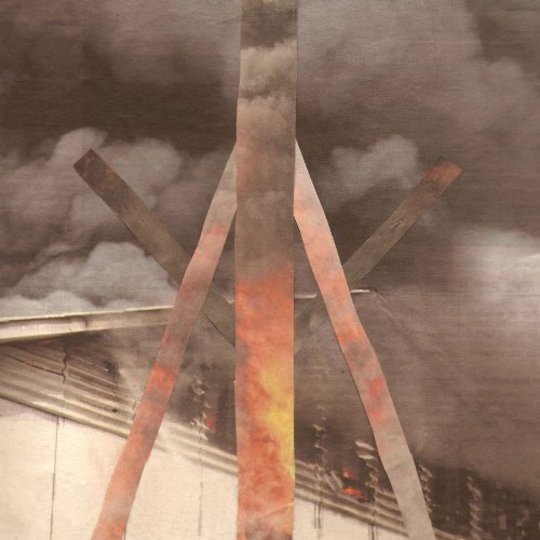 Iceage are something of a ‘big deal’ - if you happen to live in Denmark or follow the blogosphere’s never-ending search for the NEXT BIG THING that is. In their native land, they’ve been branded '"teenage punks full of anger and anxiety' by a rabid national press. According to the internet, Iceage have revitalised punk rock in a way not seen since Odd Future revitalised hip-hop a couple of months ago. Pictures of the blood stained gang of four are clotted all over their Blogger page; some schmuck labelled their ‘scene’ as The New Way Of Danish Fuck You after a leg tattoo, and if you want to buy New Brigade in HMV then good luck with that one.

Thankfully despite being something of a ‘big deal’, Iceage are also breathlessly brilliant. Not as fantastic as their face-melting array of hype will attest, but back in the land of relative sanity it’s easy to see why people have been getting carried away with themselves. They make the story of an enclave of 18 and 19-year-olds concocting clamorous punk worth partaking in yet again. That’s no mean feat.

So how do Iceage thrive from their melting pot of post-punk and hardcore influences? Well for starters they write songs, not a single mood. With the best will in the world to any young band trying to do ‘really fucking pissed with everything’ in its bleakest, most frenetic shade possible, Minor Threat got there first. The novelty factor has long since departed and you’re essentially destined to hurtle yourself down a chasm of self-aggrandising rage to the appreciation of a tiny audience who similarly did not have much fun during secondary school.

Elias Bender Ronnenfelt and his restless bandmates bound past such stumbling blocks with a knowing sneer and an unholy clang of tuneful guitar that renders Iceage surprisingly accessible for a group of their ilk. Whilst the pulsating crunch of ‘New Brigade’ borders on chaotic there’s never any danger the song will collapse under the weight of its breakneck speed. ‘Collapse’ ploughs towards the brink of disintegration with demonic prowess but jerks itself out of implosion by the skin of a jittering guitar riff. Likewise, ‘Eyes’ begins by rhythmically battering its listener until convulsing into a brutal rush of searing six-string.

It’s all tension and release, with barely a second wasted to gasp for air amidst the squall of a band on invigorating form. Songs like ‘Rotting Heights’ and ‘Total Drench’ barely announce their raucous arrival before exiting from view completely, meaning there’s little but the sheer burst of adrenaline that sticks with you after New Brigade has terminated its tantalisingly brief running. “If you could keep me together, I won’t stay home, No I never,” barks Bender Ronnenfelt on closing track ‘You’re Blessed’ and with barely a drumbeat to spare Iceage conclude their debut album. Long may their journey yonder continue.