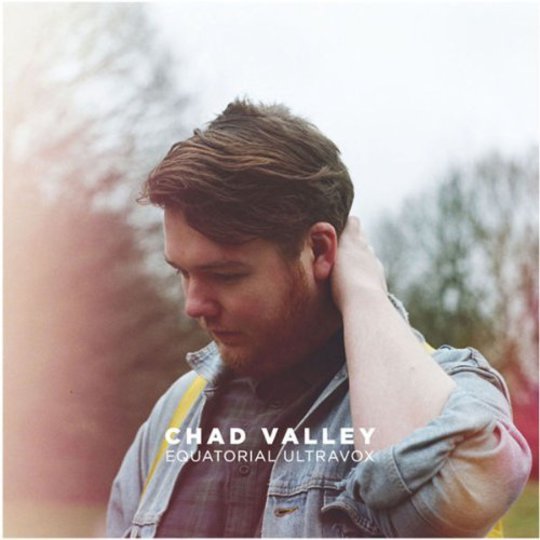 Given the frequency with which warm electro pop is labelled 'tropical' this album's suggested relocation to zero degree latitude is almost refreshing, but nonetheless the lush textures and bittersweet summer vibes of Equatorial Ultravox are much more suited to climes between latitudes 35 and 45 N (that's guesswork, I'm no geography teacher).

Chillwave, Balearica, tropicalia...call it what you will, but those tags are useful indicators of what Chad Valley is aiming for. Holidaying in Ibiza just before commencing work as Chad Valley, Hugo Manuel (who is also frontman for Jonquil) returned with the intention of recreating 'the feeling of being on the beach', a nod to the fact that it's the climate and atmosphere of the island which still inspires recording artists as opposed to the once pioneering club culture that thrived, replaced now by pissed up lads and ladettes. It's safe to say that if Manuel does subscribe to Ibiza's music/club culture then he leans heavily towards the 'chill' aspect of it.

Having never frolicked in the Mediterranean waves that lap on the beaches of Ibiza, I can't attest to the success of any geographically specific evocation. Thankfully, Chad Valley's talent lies not purely in bringing tropical climes to mind, but rather in a universal evocation of summer that anyone anywhere can luxuriate in. A luxuriant sound it is too, especially true of 'Reach Lines' which opens with layers of dense hazy synths underpinned by Eighties lounge-lizard bass and twinkle-in-the-eye keyboard melodies. The gentle ebb of the layers of synth mutates on the verses into a throbbing wave of noise atop which float splashing cymbals and blurred backing ”ahhhsss” which render Manuel's own falsetto barely discernible. He's at his most audible when the crescendo of synths subsides, but by which point he is masked by vocoder. 'I Want Your Love' takes a similar approach, but with crisper beats, percolating synth arpeggios and the repetition of the track title which is despite being nestled in the waves of sound is far more audible, providing a nagging refrain.

Opening track 'Now That I'm Real' eschews layers of hazy synth in favour highly danceable polyrhythms utilising drum machine, congas and even synthetic steel drums. Through this Manuel weaves streaks of colourful synths and plaintive melody, with Manuel's own bittersweet vocals complimented by the guest contribution of Rose Dagul, together an affectingly wistful combination. At the least danceable end of the spectrum there's 'Acker Bilk', which strips thing back a little, the stoner-like languor of the wailing vocals and the crack of dry and heavily reverbed percussion creating a hallucinatory haze reminiscent of the Animal Collective.

For the most part Equatorial Ultravox does a pretty decent job of distinguishing itself in what in recent years has been fairly well trodden territory. Nonetheless it's difficult to resist the temptation to view Chad Valley as a UK Washed Out. They use the same sonic template to very similar effect. Even the artwork for their records are of similarly... well, washed out hues. There are subtle differences however. 'Shell Suite' and 'Fast Challenges' are akin to Washed Out's more danceable tracks, but compared with Ernest Greene's brevity Hugo Manuel gives the songs more time to evolve; 'Shell Suite' begins with a minute of clipped chimes before the beat drops and synths fill the soundscape, and then he takes cues from club music again, letting the song ebb away before building it back up. Likewise it takes 'Fast Challenges' a minute or so to hit upon its stride of ringing percussion and catchy Eighties keyboard riff, one of the few instances of purely retro sound on the record; while Chad Valley might share sonic similarities with the likes of Washed Out, Memory Tapes etc. Equatorial Ultravox isn't as musically in thrall to the past, in fact to these ears it sounds thoroughly modern. It is wistful in tone, but it's no nostalgia trip and summer or not it's a consistently blissful and thrilling EP that bodes well for any forthcoming album.