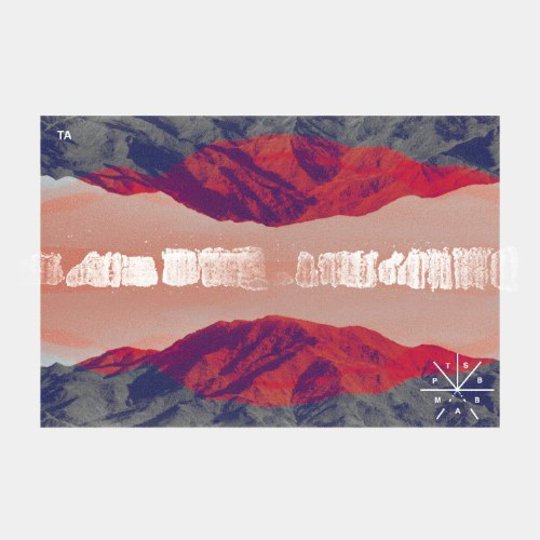 For bands whose songs rarely exceed two minutes, the use of space is crucial. Touché Amoré, then, are masters of writing miniature epics, infusing the raw intensity of hardcore with melodic, vintage emo influences. Their songs are stripped to the bare bones; no lyric is wasted, no instrumental segment is drawn out and no chorus is repeated. Yet despite their concise, streamlined approach to song writing, there’s something decidedly large about Touché Amoré’s music that is capable of putting you through the motions and leaving you breathless.

New album Parting the Sea Between Brightness and Me, the band’s first on Deathwish, follows largely the same formula as before. There are 13 tracks here squeezed into just over 20 minutes, and it makes for an exhausting listen. This is not a criticism, but as impassioned vocalist Jeremy Bolm screams and yelps his way through the record like the world could end at any instant, it’s difficult not to be overwhelmed. Not even the album’s pretty melodic moments offer a respite, for the most part sounding strained, desperate and evocative. Noticeably these passages also, presumably intentionally, resemble the tides; from the clean, calming chords of album opener ‘~’ (the tilde symbol itself being wave like in appearance), through to the very rhythmic latter half of ‘The Great Repetition’, which begins quietly and gradually grows stormier. This ongoing theme provides a nice backdrop to the record, reflecting the turbulent nature of human emotion that is expressed vocally.

Outside of these interlude like sections, with the band in full swing the record is noticeably dominated by blast beats. The guitars, too, are slightly less spacious, upping the intensity since the last album and allowing the hooks to really jump out from the songs. Yet despite being a busier effort than …To The Beat of a Dead Horse, it’s probably on the whole more accessible due to a sharper production job and a new found clarity in the vocals. This, of course, puts extra emphasis on the lyrics, which mostly read like diary entries pondering existence itself. While at times this may feel a bit much, as on ‘Condolences’, the songs are very personal accounts that don’t necessarily seek to resonate universally. Bolm’s honest, often self deprecating writing won‘t be for everyone, but at its best manages to add substantial depth to the record. One of the album’s highlights ‘Home Away From Here’, for example, deals with Bolm’s resistance to settle down in his relationship and home life. The song is permeated by an intense guilt for his absence, which makes for stirring listening as he struggles with his need to be elsewhere. This is followed by album closer ‘Amends’, which finishes in a devastating apology that matches its typically tortured delivery; “I have no excuses that I can offer / just the hope that your forgiveness will hold back the water / for what its worth, I’m sorry / and at the end I swear I’m trying”.

It may have taken just 20 minutes to listen through, but Parting the Sea… is an album which plays hard on the emotions. Touché Amoré have made a name for themselves through their energetic live performances, and there’s no doubting these songs will translate superbly from record to stage. Thankfully, if we’re to read into the lyrics literally, it seems the band have no intention of taking a break from the road. Let’s just hope they don’t burn out in the process.